What is critical thinking? One element of critical thinking that most everyone agrees on is “higher order thinking,” which includes evaluating the appropriateness of evidence, the truth of propositions, and the soundness of arguments. But is this enough? I think you need to add imagination, mindfulness and empathy, and to think of critical thinking as a process enabling you to deeply engage in what you study and test your answers. How many times do you think you have the right answer, and then a minute, day or year later, you realize how wrong you were?

‘Critical’ comes from the Greek ‘kritikos’, able to discern, and ‘krinein’, to sift, judge, or separate. To separate, as in analyze or break down into component parts. But ‘discern’ also means to perceive or understand what is not immediately obvious or what might be beyond your previous viewpoint. It means to perceive, as much as possible, the whole or what’s real or true.

To analyze or mentally break what was originally whole into its component parts, you can easily conceive a dichotomy between the parts and the whole. However, to perceive the whole, you need to include the parts. To see the forest, you include all the trees. To perceive the parts, the whole always remains, as context or background. It is like the figure-ground principle of optical illusions, as in the vase-faces illusion. The lines of the faces and the lines drawing the vase are both always present, yet you only see one at a time. What you perceive changes from one to the other depending on your point of focus.

So, to clearly understand what you perceive or think about requires a process that lets the reality you contemplate BE whatever it is, as much as is possible. When you try to understand something, you use words to form concepts. This abstracts your experience from the perceived reality. You can then get lost in your abstraction. You might even love your abstraction; it is your creation. Words are wondrous but can be the subtlest of blindfolds and distractions.

To think clearly and critically requires constant monitoring, so you can mindfully shift perspectives, from abstraction to original perception— or from one theory to another, from thoughts to feelings, from object contemplated to the experience of contemplating. This allows you to engage more fully with whatever you focus on. You feel as well as think about whatever subject your mind touches, so it takes on a three-dimensional quality otherwise hard to see.

Your mind becomes the act of contemplating. You enter a place, or more accurately, the world becomes a place full of life, wildness, even wonder. It pulsates. The imagination flows from that place. Imagination is how mind transforms into time and language, into questions, and possibilities. Love and relationships are born in that place.

How Do You Utilize Imagination in Critical Thinking and Enter a Place of Wonder?

Begin by taking breaks from intellectual study to let your mind quiet and integrate material. Practice mindfulness meditation, sit by a waterfall, or take a nap and dream. Did you ever wake up from a dream and have an insight appear to you?

How does critical thinking utilize imagination? For example, how would you answer this question, which frequently came up in my high school class on the history of human ideas: “Why did early humans create so much art?” Or maybe, “Why did they do any art?” Students often reply, “They did it because it was fun.” But that answer needs to be questioned further.

Students need to place themselves in the world of ancient humans by visualizing, for example, a world of few humans and many wild, animal species, no cell phones and no buildings. This requires not only imagination but also empathy. According to the psychologist Paul Ekman, empathy can come in different forms. There is a cognitive form, being able to read another person’s feelings, for example. There is also feeling along with others, and caring. Without immersing themselves as much as possible in the world they study, and adding empathy for the subject studied and the subject studying, understanding will be limited. When you use a process of critical contemplation, employing empathy and mindfulness, you allow whatever you perceive to be itself. 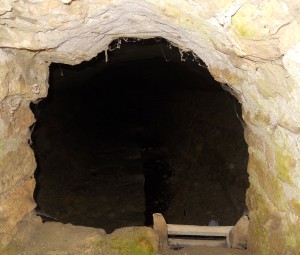 One form of art created by early humans was extensive wall paintings in caves in southern Europe, Africa, Australia and other places. In France, for example, some of the caves were extremely difficult and possibly dangerous to access. Access involved crawling though long, narrow tunnels.

Students decided to research, in groups, various aspects of how the cave painters lived: their food, religion, tools, other species populating the world at that time, and theories of the origin of language. A group of five or six studied the paintings in detail and then reproduced the art on the walls of a rarely used stairwell of the school. One day, when the work was complete, this group had the other students form a line and one by one enter the stairwell. It felt like we were entering a cave. The only sound was the music of a flute. The only light source was a series of small lanterns placed near the painted walls. When we had all entered and sat down on the floor, I led the students in a visualized journey into what being in the caves might have been like. Then the student-artists discussed the paintings. 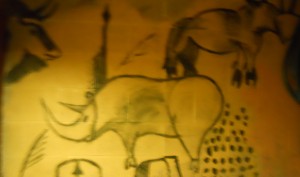 This type of activity is not limited to a history class. In an English class, you could imaginatively journey into situations depicted in a novel. Or in a science class you could journey though a cell or the orbits of electrons. Or outside of class you could journey into the mind of a friend that you had an argument with. Critical thinking is not just logic or problem solving. It requires imagination and honoring the pulsating life of whatever you study.

I am semi-retired, after teaching philosophy, English, history, drama, karate and psychology at an alternative public secondary school for 27 years. I write a blog on education and my book, Compassionate Critical Thinking: How To Transform Education Using Socratic Questioning, Empathy And Mindfulness was published in October, 2016. My website is: irarabois.com