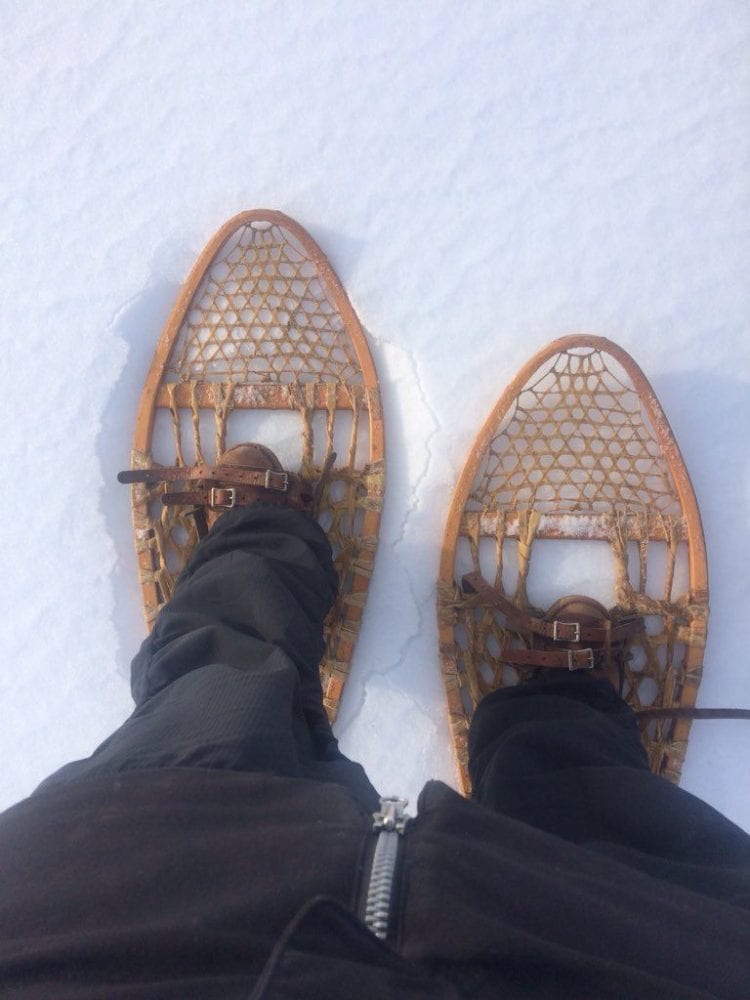 I truly believe changing one’s teaching practice should be evolutionary, not revolutionary. What I mean by that is that several smaller actions over time have a more profound effect upon one’s overall teaching practice than sporadic large-scale changes. One reason why I believe this to be true is because of the risk and vulnerability embedded in meaningful change. It’s much easier to rebound from an attempted small change gone awry compared to a large scale change that demanded significant time, energy, and ultimately, risk.

I encountered Gillian Judson’s Walking Curriculum in January 2018. It piqued my interest.

I had started becoming infatuated with the idea of ‘Place’ in the Fall. I am very much drawn to the work that Janice Novakowski has done for the Richmond School District. I attended a workshop that she facilitated in the Fall and was exposed to homemade geoboards. However, instead of creating them for the students, I had my Grade 8 students create them. This was their introductory task to squares and square roots. 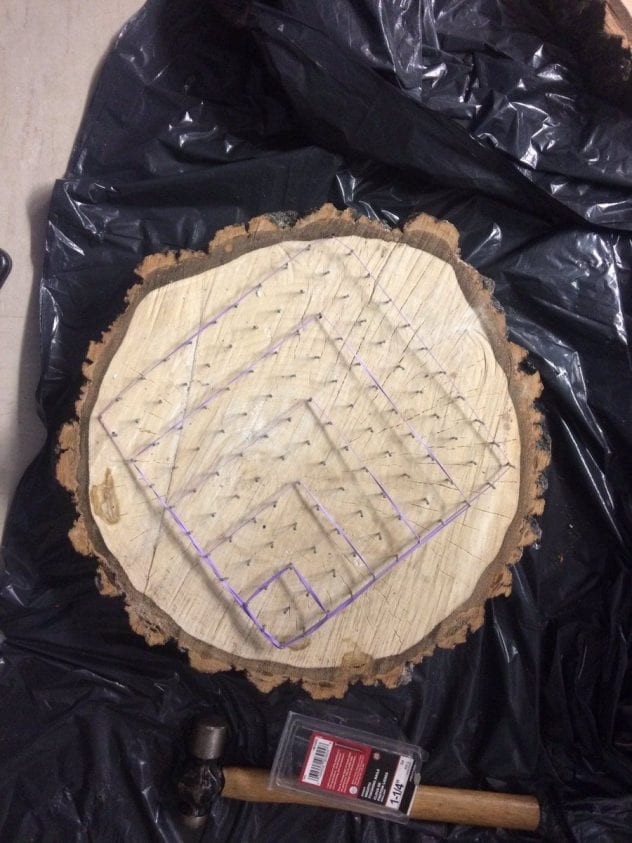 The students worked in pairs and each pair was given a one-inch grid that was 8 x 10. The requirements of the task were to create a geoboard with a square, not rectangular, grid with a minimum size of 10 x 10 using the grid given. I marvelled at the engagement displayed by the students and how quickly they came to understand squares and square roots. In retrospect, bringing the outdoors into the classroom was an important first step in my engagement with the Walking Curriculum.  I still needed the comfort of the classroom but I also recognized that I wanted to expand my teaching practice and this task allowed me to do so.

This small success propelled me forward. To build my own capacity, I began experimenting with the Walking Curriculum with my own children. I would simply ask my sons questions about what they saw as we walked and observed what they were drawn to in nature. I recall one time when my sons came upon deer tracks in the snow. My middle son noticed that the space between each of my footprints and the deer’s prints were roughly the same. I asked him “How many tracks are left each time the deer touches down on the snow?”  He recognized that for every one of my footprints, the deer had two prints. It was fascinating to see how he had basic algebraic understanding. On the same walk, my son was picking cattails. Hoping to probe deeper into algebra, I took his cattail and placed it next to three pieces of bark, each approximately the same size. I asked him, “How many pieces of bark would there be if there were two cattails?”  Without hesitation, he gave the answer. I then probed with the inverse, “If there were nine pieces of bark, how many cattails would you have?”  This took longer but he was able to answer correctly. It was easy to see how his appreciation for the outdoors and mathematics was growing simultaneously. 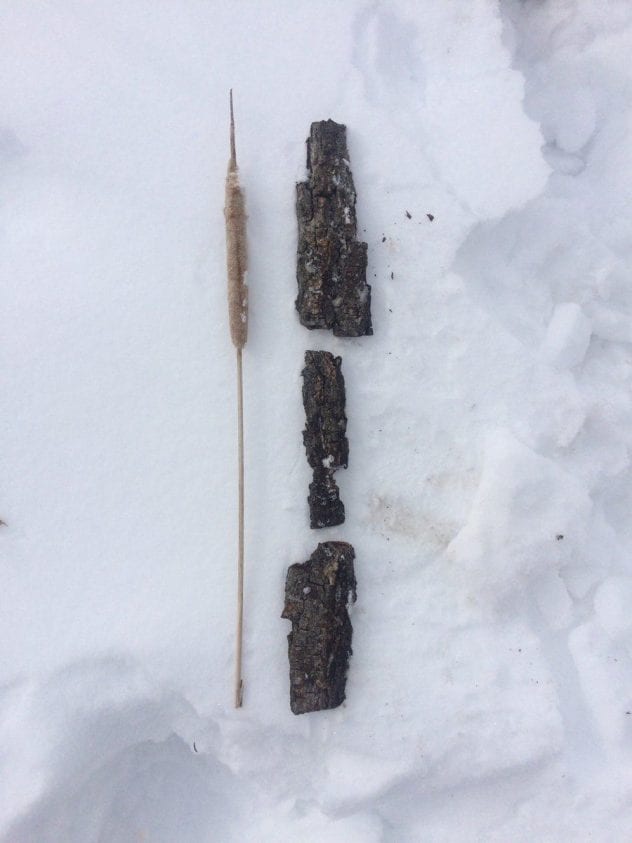 I gained confidence through these walks with my own children. These walks allowed me to recognize that I had the ability to respond in the moment to what children may see in their environment. This confidence transferred to the classroom.

When my Grade 8 class began exploring surface area, we went outside and made snow angels in the snow. I asked them which snow angel had the greatest surface area and which had the least and how they knew without measuring. This experience was integral to a paradigm shift that was beginning to occur in my classroom. Still outside, we began discussing why tractors have such large tires and how this is especially important in the spring, why longer skis help a skier to go faster, the premise behind snowshoes and why different snowmobiles have different widths of tracks. In pairs, students were given roughly 30 minutes to research the answer to one of these examples. They weren’t required to demonstrate the exact math associated with pounds per square inch but each of the answers the students researched touched on this concept. Their motivation to learn was greater because the concept of surface area had been contextualized. 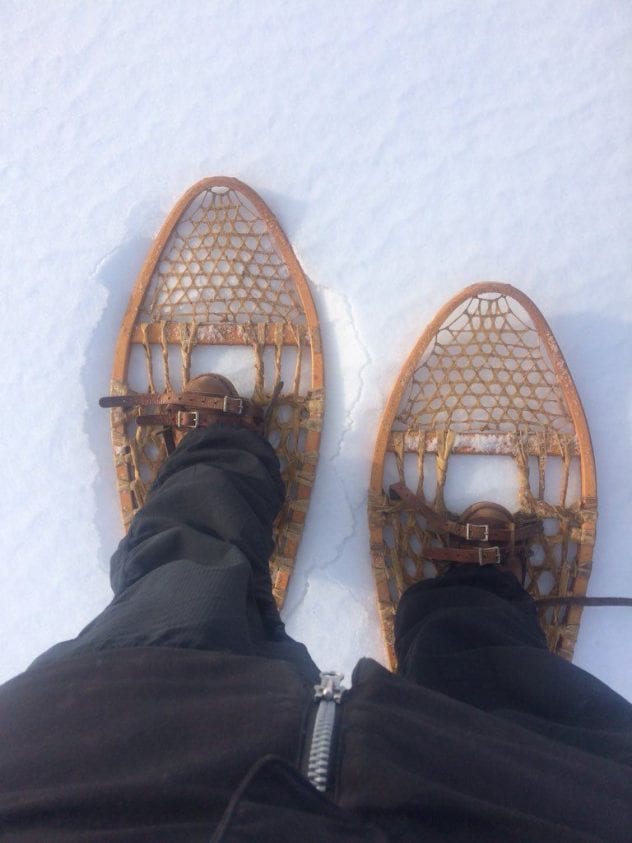 I began to ‘see’ as much math in the environment and in daily life as possible in order to share it with my students. I went snowshoeing myself in the Spring, snapped a picture and the students discussed it. They discussed surface area again but also the pattern of the sinew and how the pattern had a utilitarian dimension to it. Some students saw triangles, while others saw parallelograms and even some mentioned Sierpinski’s Triangle. I understood that I couldn’t always have my students outside but that I could consistently bring in examples from the environment into our classroom to make their mathematical experiences with the environment less sporadic.

This summer, I have been taking a class called “Mathematics Education Through the Arts.”  My first task was to embark upon a fractal scavenger hunt. I had heard of fractals prior to this but my understanding was not well developed. I had a solid understanding of the Fibonacci Sequenceprior to this but did not understand the connection between the two. Once I came to understand fractals (a shape repeated just differing in size), my awareness of them in nature exploded. My appreciation for math in nature skyrocketed and I began brainstorming about how I can use fractals as a springboard for exploring patterns in middle years math.

Dr. Wayne Dyer (2007) states, “If you change the way you look at things, the things you look at change.”

This is what happened during the fractal scavenger hunt. How I perceived nature changed. This is also what happened on a greater level with how I understand and will employ/explore the Walking Curriculum. 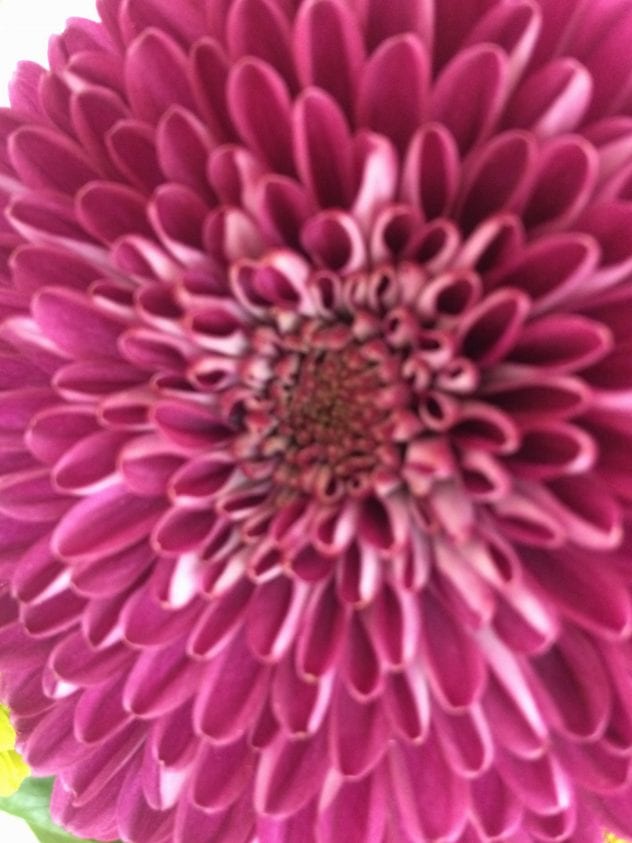 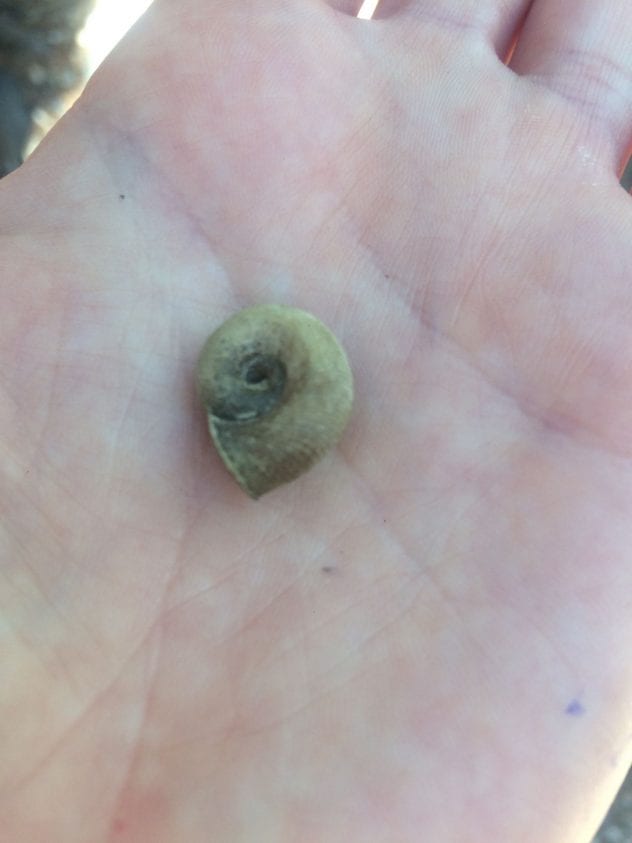 I made a conscious decision to seek out the math outside of the classroom. I believe what happens in my classroom begins with me. I wholeheartedly accept this responsibility. I also recognize that it begins with me but my end goal is always to impact student learning positively.

Galileo believed, “The book of nature is written in the language of mathematics.”

I think about this often now as I begin planning for the new school year ahead. I recognize that students do not readily recognize the mathematics in nature and that I must be the proverbial bridge between nature and mathematics. It is my understanding of the math in nature that will allow students to crossover from perceiving mathematics as an isolated subject in the classroom to something that permeates itself in their environment and their everyday life.  I forge ahead with my explorations with the Walking Curriculum. It would be naïve of me to believe that there is a definitive endpoint in the evolution of my teaching practice. An endpoint is the antithesis of an evolution.

Lana Steiner is a middle years math educator as well as a math coach for Good Spirit School Division in Saskatchewan.  She has also had the privilege of working as a math interventionist.  As a member of the Provincial Facilitator Community, she facilitates workshops on behalf of the Saskatchewan Professional Development Unit.  She is currently pursuing a Master of Education in the Field of Mathematics from the University of Western Ontario.