Imaginative teaching is, in part, a practice in which curricular topics are brought into the spotlight. Imaginative educators aim to evoke emotional responses in students by helping them to see what is extraordinary about what they are learning. 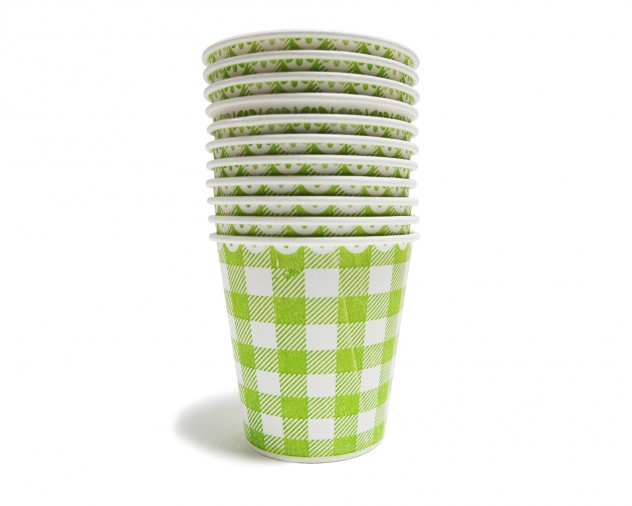 For many people, reference to a “sense of wonder” leads them to think of the wide-eyed awe of young children. It may evoke a sense of fantasy or playful engagement with the imaginary or make-belief. While this may be one aspect of “wonder” it’s not the main, pedagogically powerful sense I am referring to here.

In Imaginative Education the “sense of wonder” refers to an experience of inspiration or unanswered curiosity that one can feel when something appears in a new light. Sense of wonder is evoked when one gets a glimpse at what is extraordinary or unexpected about some aspect of the world. The sense of wonder is a powerful cognitive tool for all of our students because it ties up knowledge (in relation to whatever you are evoking wonder about) with human emotion. A sense of wonder lies at the core of creativity and innovation.

Dr. Kieran Egan suggests that evoking a sense of wonder is like turning a spotlight onto a topic or some aspect of a topic; wonder is evoked when a topic appears somehow unique or appears to be more significant, unusual or important than it may first appear.

Turning on a sense of wonder brings an idea/topic into the bright light of our recognition.

Some aspect glimmers. Some aspect ignites emotion and imagination. Imaginative educators will employ the sense of wonder tool frequently so that the topics they are teaching hint at the magical. 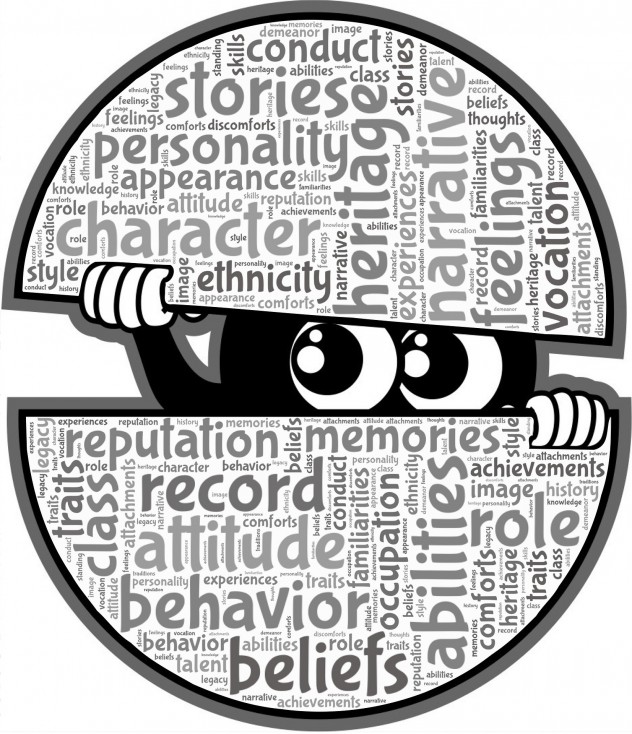 Turn On Wonder For All Learners

How? You can stimulate wonder by identifying within a topic—even the most seemingly mundane topic—some aspect that is unique or unusual. Everything around us is full of wonder should we choose to see it in a particular way.

An excellent online resource that evokes wonder in relation to a whole range of topics is BBC iwonder. Check out a few of the articles. What you will notice are that unusual aspects of topics are brought into focus. The emotional engagement that results from seeing topics as strange, unknown or unfamiliar, makes them more memorable. 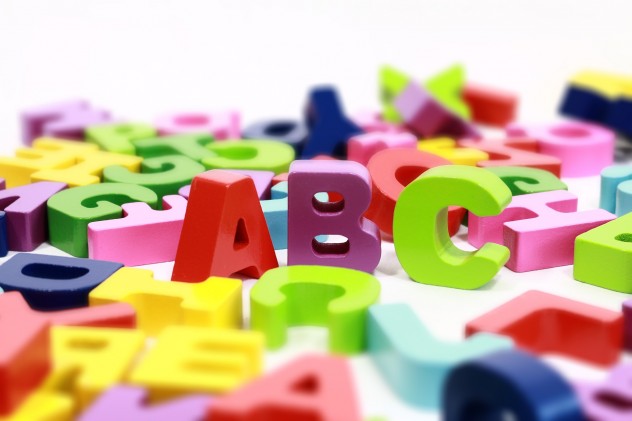 You might be wondering…Is there anything more mundane that learning how to spell? How can spelling possible evoke sense of wonder?

I rarely see examples of literacy lessons or units that evoke students’ sense of wonder about the human invention that is writing. Please note: this is an example that frames literacy teaching and, in particular, spelling. But it exemplifies a practice that second language teachers, math, chemistry—all teachers should consider when teaching aspects of the curriculum they consider “mundane”.

This super brief example and activities comes from a book I published last year called Engaging imagination in ecological education: Practical strategies for teaching (2015; Vancouver: UBC Press.) Thank you UBC press for permission to include this excerpt here. And, of course, thanks to the magical David Abram for the inspiration!)

Learning To Spell—Casting A Spell

People don’t often stop to think about the interesting double meaning of the word “spell.” Use it in the context of school and students may well groan; listen to a witch or wizard utter the word and students might feel a different kind of discomfort. Abram (1996) points to the magic of written letters:

As the roman alphabet spread through oral Europe, the Old English word “spell,” which had meant simply to recite a story or tale, took on the new double meaning: on the one hand, it now meant to arrange, in the proper order, the written letters that constitute the name of a thing or a person; on the other, it signified a magic formula or charm. … to assemble the letters that make up the name of a thing, in the correct order, was precisely to effect magic, to establish a new kind of influence over that entity, to summon it forth! To spell, to correctly arrange the letters to form a name or a phrase, seemed thus at the same time to cast a spell, to exert a new and lasting power over the things spelled. (p. 133)

So, spelling a word with letters was magic. It still is magic if you can bring students’ attention to this often taken-for-granted aspect of literacy. (Source: Abram, D. (1996). The spell of the sensuous: Perception and language in a more-than-human world (1st ed.). New York: Pantheon Books.)

(New readers) With pens or pencils in hand (or sticks in the sand or soil if you take this outside), you can ask students to think about how the writing of letters in a certain order does indeed summon forth objects, ideas, images. What can they summon forth in this place at this time? (a mythological dragon? a faraway friend?) Abram (1996) also notes that the ability to spell—to cast a spell through the use of written letters—influences the person who casts the spell. That is to say, when people are able to spell—read and write with alphabetic literacy—they cast a spell upon their own senses: They “exchange the wild and multiplicitous magic of an intelligent natural world for the more concentrated and refined magic of the written word” (p. 133).

Do your students notice any differences between a tree they can encounter with their own senses and a tree evoked through the letters that spell “t-r-e-e”? Both evoke images in the mind; what is the difference? 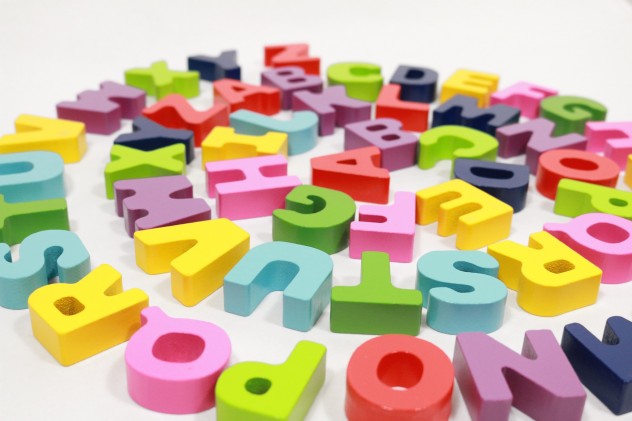 Don’t forget to put that “spotlight of recognition” onto literacy itself. Show students a word on the board (e.g. cat). Ask them what they see. Chances are you’ll get shouts of “cat” or—from that student—“dog”. You might alert them to the fact that really, all you have put on the board are three squiggles but because they are “literate” they can not not see a word and they can not not see some image in their mind of a cat. (It is easier to see “just squiggles” if you play with the symbols of a foreign language system, of course.)

Like it or not, literacy has forever infected and affected our minds.

The Problem With The Familiar

You might rightly think that familiarity is necessary and important—without familiarity we couldn’t speak, communicate, function, travel, and so on. So I don’t disagree. The problem is that familiarity can negatively impact curiosity. Seeing topics in the curriculum or aspects of the world as things to “get through” or things/processes that “just are” removes them from the realm of wonder. We lose a major tool in the creation of meaning in all learning.

Remember: A paper cup is not just a cup. 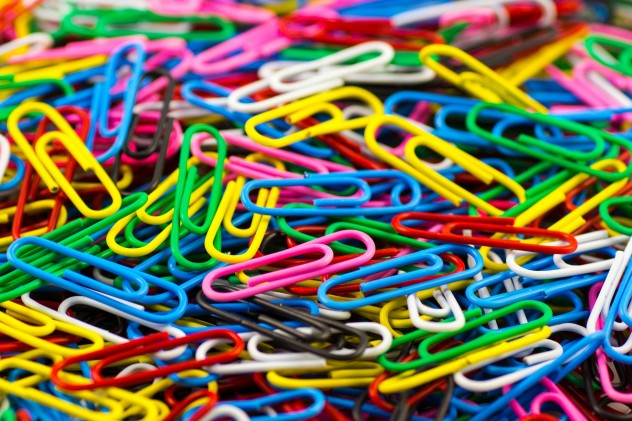 Paperclips. Play with the idea of “turning on a spotlight”–How do paperclips aspire to greatness? What kind of an impact has this twisted piece of metal had on information distribution or communication? What’s the environmental impact tied to this seemingly innocuous creation? 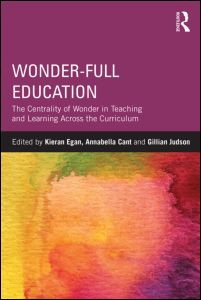 Want to learn more about the power of wonder for learners of all ages?

If so, you might enjoy this book: Wonder-Full education: The centrality of wonder in teaching and learning across the curriculum. (2013; Cant, A., Egan, K. & Judson, G. (Eds.); New York: Routledge).

Check out the entire TOOLS OF IMAGINATION series.  Tons of teaching ideas!

Use these activities to cultivate your students’ curiosity with boring “old stuff”.

If you haven’t yet joined the imaginED community, do so now.  Subscribe today!