I had the pleasure this week of working with a diverse group of 42 secondary school teachers. They came from many different schools and taught a range of topics in Grades 8-12. The session was entitled Emotion At The Helm Engaging Emotions and Imaginations in The Secondary Classroom. Part of the workshop involved two collaborative activities, one employing tools to tap into students’ Romantic imagination, the other to tap into their Philosophic imagination. (Learn more about different forms of imaginative engagement here.) This post shares some of the imaginative ideas the teachers* came up with that employ cognitive tools to evoke their students’ emotions and imaginations with “ordinary” topics like Poetry, Government, and Linear Relationships (Math).

I don’t know about you, but as soon as I hear “Oddly enough…” I am already engaged. My curiosity is evoked, my interest in the strange, unique and bizarre is on alert. The first activity we did was called “Oddly Enough…”. In this activity I asked teachers to work in groups and talk about how different “ordinary” topics can be seen as wonder-full by showing them as different, odd, or unique. (I started the workshop by describing how, with the right cognitive tools, we can reveal the romance and adventure in topics and more effectively engage highschool students with any topics we are teaching). 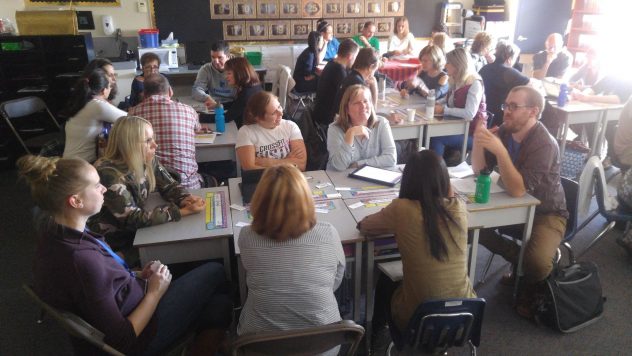 The questions we discussed first:

What happens when we look at the topics we are teaching like good stories to tell? How can we draw attention to the uniqueness in “ordinary” topics like poetry, government, or linear relationships/parallel lines and, in this way, engage students’ sense of wonder?

Their task: Think of a way to introduce one of our topics with “Oddly enough…” and, in this way, tie up students’ emotions and imaginations with the subject matter.

My participants proved yet again just what can happen when teachers get to PLAY with ideas. (FYI.  Play isn’t just for kids. Play is learning—for all humans!) In the very short brainstorming session that ensued the teachers put imaginative spins on these different topics. Here are a few of their wonder-full, metaphorical, playful ideas:

Oddly enough…writing poetry can feel like doing ballet in a phone booth (The freedom of expression and scope of the meaning poetry can convey happens within different “confines” of poetic expression).

Oddly enough…we can think of poetry as an uninflated balloon (We fill it with our own meaning. It is “potential”.)

Oddly enough…poetry is all around us. It is in our tweets and raps/spoken word lyrics, commercials and advertisements. Poetry is created as we text and tweet. Indeed, our texts and tweets adapt language and syntax to create meaning. We employ literary devices without even realizing it—we are poets who don’t even know it. (groan)

Oddly enough…the principal and the administrative team do not want to lead the school anymore. They have asked this class to govern the school. What to do? How will we go about tackling this new challenge? (This idea was to introduce concepts of government by changing the context in the classroom).

Oddly enough…if you remove a mathematical concept (like an ellipse) then the world wouldn’t be recognizable! For one thing, the Earth would fly off into space (orbit)—(incidentally, it would be at approximately 67,000 miles/hour too.)

Oddly enough…parallel lines are like two friends who are destined to never meet. Their paths will never cross—they will…forever…be… in… the FRIEND ZONE. 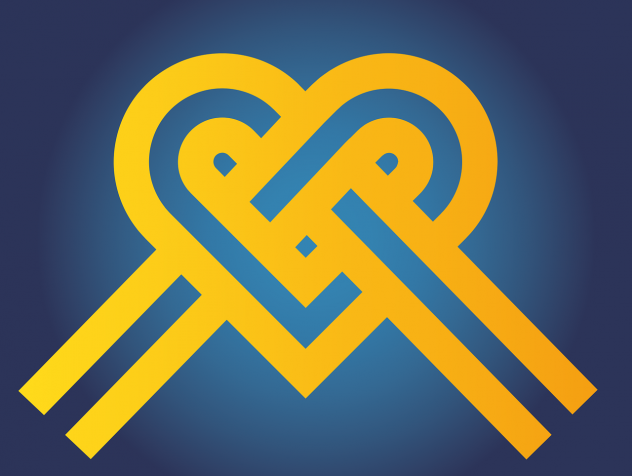 In the second portion of the workshop we discussed philosophic dimensions of the imagination. If supported in context and challenged to consider it, many students in highschool realize there is an abstract world of ideas that explains the everyday events around them. Big ideas now engage the students—concepts like freedom, rights, democracy, justice, identity.

In this exercise participants sought an emotionally charged “powerful word” that students could explore. Here is what they came up with:

Relational-expressionism (the idea that we develop understanding of ourselves through poetry but also in communication with others, in relationship. We are not alone.)

Relativism (the challenge of finding personal significance/meaning or a “Truth” in poetry in which many “truths” exist.)

Chaos—what teenager wouldn’t like feeling of rebellion in this?

Leadership—humanize the concept of leadership with stories that connect good leading to selflessness and supporting others.

**And thank you Mark Maretic (recent graduate from the MED in Imaginative Education program) who introduced me to the “One Powerful Word” exercise for teachers. One of his favourites: INFRASTRUCTURE!

One thought on “Oddly enough…writing poetry can feel like doing ballet in a phone booth.”