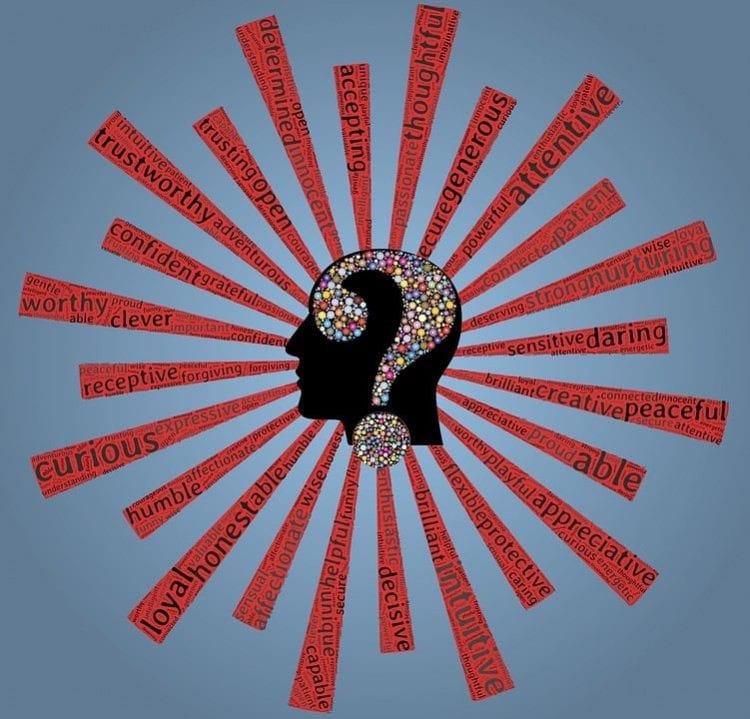 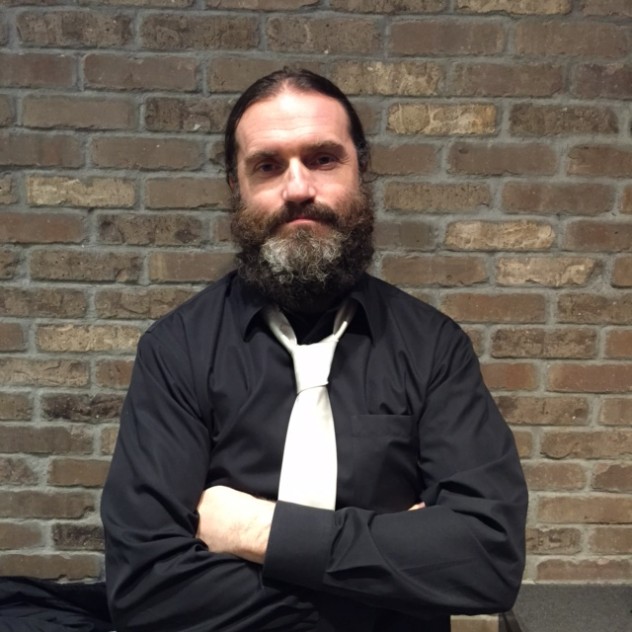 Let’s be honest with each other. We’ve all said it in one form or another at some point in our careers, probably while wearing the mask of our younger and more idealistic selves: “Learning how to learn.”

Being ubiquitous in the profession, the sentiment is expressed in many ways. “I’m student-centered,” we proudly state, “teaching kids how to learn.” Or, maybe it’s this golden nugget, “Content-schmontent! Give them the skills they need to survive in an ever-expanding and uncertain future!” Sometimes it even arrives in subtle forms from various Ministries and Boards of Education. “They all have Smart Phones and Google,” goes the rationale, “focusing on content is practically pointless.”

Haven’t you heard? … Inquiry is the new black.

We should readily admit that on one level the sentiment makes perfect sense, you know, less we be accused of unfairness. Of course students are – and should be – at the center of each of our considerations as educators. We love kids and work hard to build happy, brighter futures. Of course we want our students to think critically, creatively and imaginatively. Of course we see a significant goal of education as the production of independently-minded, curious and capable life-long learners. And of course, we need to be wary of an excessive emphasis on content that appears final, closed, paternalistic, colonizing, or unwarrantedly objectivist. Come on, man! We’ve all watched Dead Poets Society and longed to tear out the ‘Pritchard Scale’. We all understood Hermione’s indignation when Professor Snape forced an early lesson on Nocturnal Beasts by ordering his class to “Turn to page 394!” 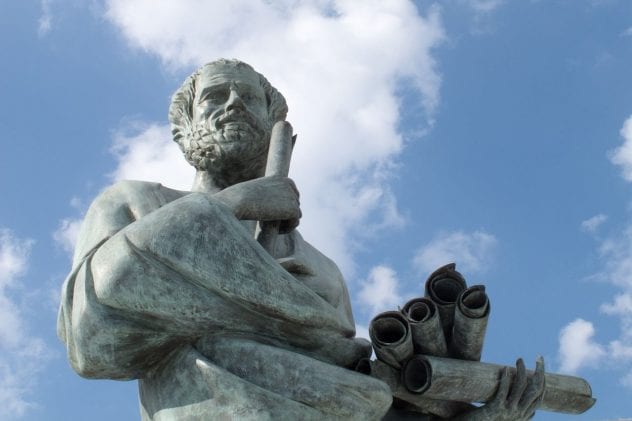 Clearly, ‘Learning how to learn’ isn’t bad in and of itself. The phrase should rather serve as a cautionary flag, this insofar as it serves to obscure a string of concerns that flow along happily in its wake. The problems are numerous.

The first involves our conception of mind and knowledge, a problem identified way back in ancient Greece by such lightweight educators as Plato, who in the Phaedrus argued against memory’s reliance upon the written word as poisonous to the ability to think and speak for oneself. He quite correctly noted that the written word, as pharmakon, served as a crutch to knowledge and was not actual knowledge itself. How to both fix a carburetor and ease chronic flatulence may be knowledge contained in books at the local library, but the fact that this is so neither helps me drive my broken down Chevy to the local Leisure Complex nor means that anyone is going to help me reach the relevant books sitting high up on the top shelf.

‘Learning how to learn’ also masks a rather significant flaw in our sense of constructivism. A growing number of curriculums are now based upon inquiry and its twin belief that knowledge is somehow constructed by learners in the specific physical and social contexts where they find themselves. In the post-post-modern age, constuctivism holds a great deal to recommend it for our conceptions of school curriculum and pedagogical methods. Knowledge is multiple, contextual and contestable, forever open to investigation and revision. Still, we don’t appear at all settled upon what we mean in our various curriculum rationales by the term. 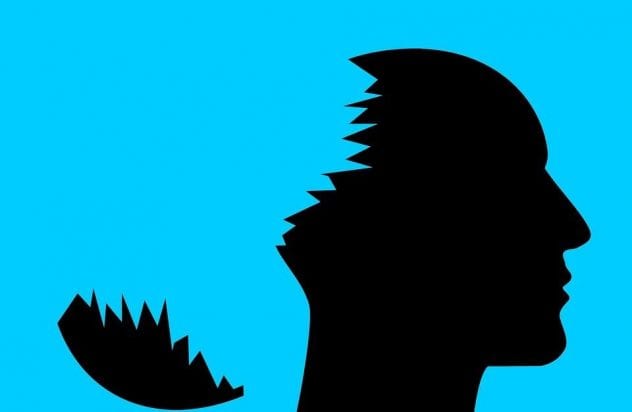 To simplify, constructivism could be construed on three degrees of participation. The first is solipsistic, whereby I am constructing knowledge that is entirely self-referential, if you’ll pardon the phrase, as ‘my truth’. The second is social constructivism, which intends that knowledge is produced in local contexts and particular social communities. This is more satisfactory for education, probably, than the first but we still might be left to wonder to what extent it might permit trivial, spurious, if not wholly ill-conceived claims to truth and value. Finally, we can consider cultural-historical constructivism, the notion that knowledge is very much constructed by individuals and communities of learners in particular contexts, but in parallel acknowledgment that ideas, truth, knowledge, models, interpretations, values and the like have a genealogy in which the student is immersed by nature of their participation in the surrounding culture.

That such is true seems obvious, to the point of being axiomatic. Students, like any of us, are shaped by culture long before they turn around and act back against it. Still, to the extent we proclaim ourselves in opposition to significant bodies of content in favour of ‘learning how to learn’, to the extent of the force with which we proclaim ourselves ‘student-centered’, might we be also be failing to acknowledge something terribly important about our shared, and growing, awareness of the cultures that surround us?

What we mean by constructivism really matters.

Two final critiques of ‘learning how to learn’ both relate more directly to Imaginative Education. The first is this notion of ‘grist’, as in grist for the mill. Imaginative Education is pretty clear that before students can be genuinely imaginative, they first need cultural resources (little things like knowledge) which they can be imaginative with. Content is grist for the imaginative mill, allowing students to generate novel mash-ups, conceptual re-metaphorizations, and innovative applications. Inquiry, the preferred mode of contemporary instruction, likewise needs an abundance of content in order to permit the asking of meaningful, read as ‘essential’, questions.

Ignorance is funny that way, as Bush-era Secretary of Defence Donald Rumsfeld notably acknowledged when he said, “There’s the things we know we don’t know and then there’s the things we don’t know we don’t know.” But actually, it isn’t funny at all. Elliot Eisner, in writing about the Null Curriculum, made special note that ignorance is not a neutral void. Ignorance also hurts, always assists the oppressor, and always increases the likelihood of suffering. Inquiry, like the imagination and definitely like effective non-war starting government policy, needs content, and lots of it. Asking, let alone answering, big and abiding and meaningful and essential questions without adequate foundation sounds a lot like letting the tail wag the dog.

The second critique, especially in the current context, begins to sound like a cry in the dark. It goes like this: When we undervalue the role of content (knowledge, memory, etc.) we run the very real risk of underestimating what children both can and might do were they adequately prepared with rigorous bodies of content and supported with challenging mediations. Let this be said about the argument which suggests that students have ready access to all the content in the world: There is an ocean of difference between knowledge that is ‘ready to hand’ from that which is ‘ready to mind’. Just as learners can’t be imaginative with information which exists only on the web, so too would it be foolish to think they can ask ‘essential’ questions when functionally ignorant about the current ground or context of knowledge they might otherwise hope to investigate.

At the end of the day, when we rely on platitudes such as ‘learning how to learn’ or being ‘student-centered’ without pausing to consider what these phrases actually infer upon teaching practice, we really do run the risk of underestimating the power and majesty of what children might otherwise accomplish. Perhaps we don’t ruin them entirely, but an obsessive focus on skills devoid of content is equally disingenuous on our part as it is hobbling on theirs. Fair is fair: A hobbling begets a hobbling in return.

The next time you hear that phrase…kick ‘em in the shins!