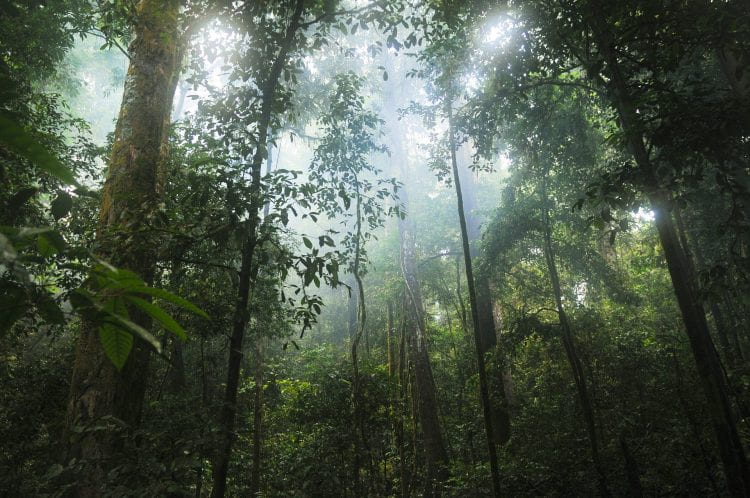 Author, baker, musician, and mathematician Eugenia Cheng once said in an interview:

This is notable as we usually assume that things like logic and inductive and deductive reasoning are the main keys to doing mathematics. The “left brain/right brain” myth persists, as if we all walk around using just one half of our brains most of the time (which is very obviously not true). You will note in my description of Dr. Cheng that she is both creative and logical, abstract in her field (category theory), and concrete in her baking (getting the ingredients just right). She is creative when she plays music, and logical when she does mathematics.

Lovitt (1924!) speaks of the role of imagination in mathematics. I am guessing he could hardly have conceived of the leaps that mathematics would take, from about 1950 on (with a truly astonishing and accelerating series of innovations and inventions in the field, as computing power in the world increased). He could scarcely have dreamt of things like game theory, the solving of Fermat’s Last Theorem, higher dimensional objects, or fractals.

“There is a strong appeal to the imagination when one learns for the first time that mathematics furnishes the means for measuring the distance to the sun and moon. We know their diameter and weight. We know the height of Mt. Everest, although as yet no man has set foot on its hitherto inaccessible summit.”

We needed to imagine ourselves on the top of Mt. Everest before we ever reached the top. We needed to imagine ourselves on the moon before we even started to build the rockets to get us there. Mathematics is part of the imaginative toolkit that humans have used to conquer many challenges, and to make many leaps forward (both real-world and technological, and in that abstract realm where a lot of pure mathematical “objects” live).

The ultimate expression of childhood creativity is, and remains, Sendak’s Where the Wild Things Are. If you are familiar with this book, join me in visualizing the events of the book:

Young Max, stuck in his room, imagines himself a world. He travels on a ship to a faraway land, and participates in a wild “rumpus” (with lots of dancing)  with a bunch of monsters. He returns, only to find his dinner left for him in the familiar four walls of his room.

Sendak illustrates Max’s voyage of the mind by his use of an expanding “box” containing his drawings, which gets bigger and bigger until it takes up the whole page. Max’s imaginative journey gradually, then fully and completely occupies his consciousness until he returns home, and the “window” into this world of wild things shrinks. 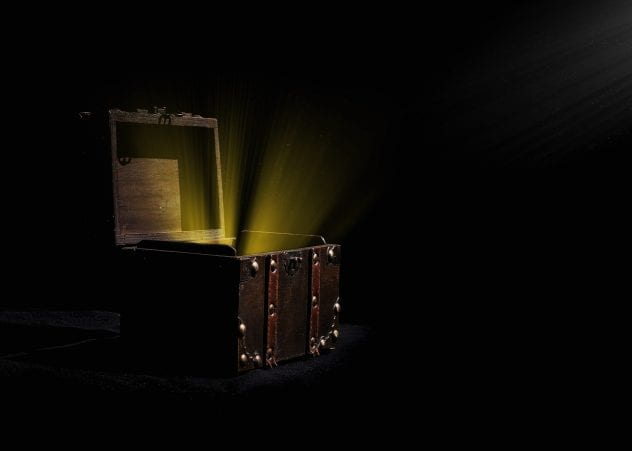 I like to think of mathematicians as Max: creating new things, out of nowhere. Taking great journeys of the mind, complete with wild and wacky visual imagery like the wild things. The mathematical world is therefore akin to Max’s imaginative world, filled with things too strange to be believed, almost, although with our mathematical tools, we know that they must be true.

Mathematics is thus a generative and creative force. The creator’s prerogative, “Make It New,” as stated by the poet Ezra Pound, most definitely applies. Create new mathematics, with the tools of mathematics. In K-12 classrooms, students can do this on a much smaller scale,  inventing mathematics for themselves as if for the first time. This is not to say that children learn through “pure discovery” of things that already exist, just that they are in a constant process of cognitive discovery of things that are new to them.

Clements and Battista (2002) describe this active process of knowledge construction in children saying “they invent new ways of thinking about the world.” Indeed, childhood is a constant process of inventing new ways of thinking, as a child’s knowledge of the world, of their place in it, and awareness of their own thinking expands over time. Truly, all children are like Max. Sendak understood something very deep and universal about childhood.

For one thing, children should be encouraged to think about, reflect on, and visualize mathematical objects as much as possible. It is very common to speak of visualization when we talk about reading because reading naturally creates “pictures in the mind”. When we are intensely focused on reading, these thought-pictures appear, almost unbidden, as the words work their magic in our minds. However, I picture the same thing for mathematics.

Children should be encouraged to visualize as much as possible. With their latent “Max-ness”, they can, with guidance, go deeply into mathematical worlds. Most topics in K-12 curricula can be visualized, or turned into mental imagery. Consider multiplication, which can be instantiated in many ways, on number lines, through area models, or with partial products. Learning about 2D space (area) and 3D space (volume) should be highly visual. 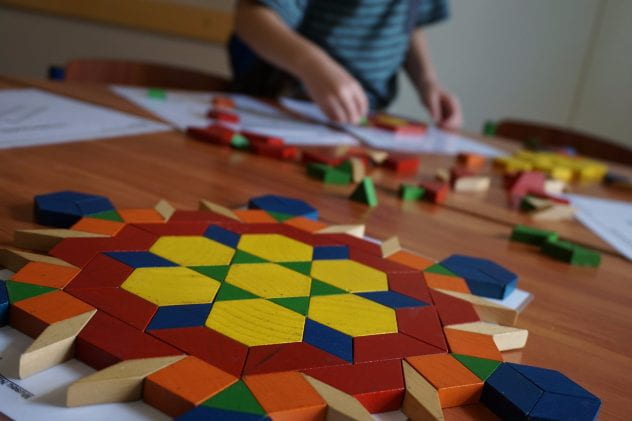 These are examples of standard curricular topics. But here is an example that is not standard at all, that could blow students’ minds. Try and visualize this!

The Banach-Tarski Paradox is mindblowing, counterintuitive, and disruptive to how we understand the world of “stuff” (matter) around us. It states that one sphere can be turned into two spheres, with no added materials.

You could stage this paradox in the classroom by slicing apart a ball into a number of pieces (the paradox itself concerns solid spheres, but you can just use the “skin” of the ball). Cut the ball into more than 5 pieces, and ask your students if you can reconstruct this one ball into two balls. How is that possible, when we only have this much “ball”?

The proof itself concerns an uncountable number of points (which are dimensionless), but we need not concern our students with set theory, or the details of the proof. What matters is that, in the wild world of mathematics, we should be able to turn one ball into two.

Explain that to all the little Maxs in your class, and let their imaginations run wild! Truly, mathematics is “where the wild things are”. Let the classroom rumpus begin!