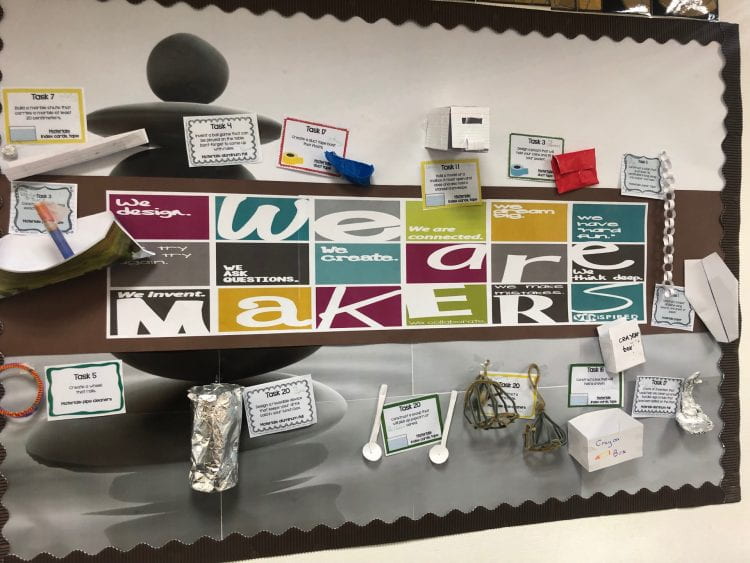 By Tia Luker (SDG and STEM enthusiast, teaching and living in Shanghai, China)

While this might sound like a chaotic nightmare, this is a picture of a beautiful orchestra of sound, colour, and activity for a Maker. This is the secret hiding place for teachers who never really grew up, who never really felt comfortable in the organized, sterile environment that teachers often find themselves in. It’s for the teachers who prefer bits of paper on the floor to sheets of paper on the desk, for the teacher who likes the smell of glue more than a highlighter. This is where teachers get creative and not in the I-didn’t-use-Comic-Sans kind of way. A home for those who carve their own path to success and where thinking outside the box is required. This is Makerspace.

Makerspace has been taking over every nook and cranny it can fit into over the last few years, occupying the creative minds of Makers and potential Makers alike. I came across it last year, through my debut on Twitter, while I was learning what hashtags were. All these hashtags of #makered and #makersgonnamake filled my screen, and this overwhelming feeling bubbled up inside me, “YES I wanna make! Please, take me to your leader – I love making stuff.” I had no idea what I was getting myself into, but I am so glad that I took the plunge. It has been one of the most instantly gratifying projects I’ve taken on.

The How and Why of Makerspace 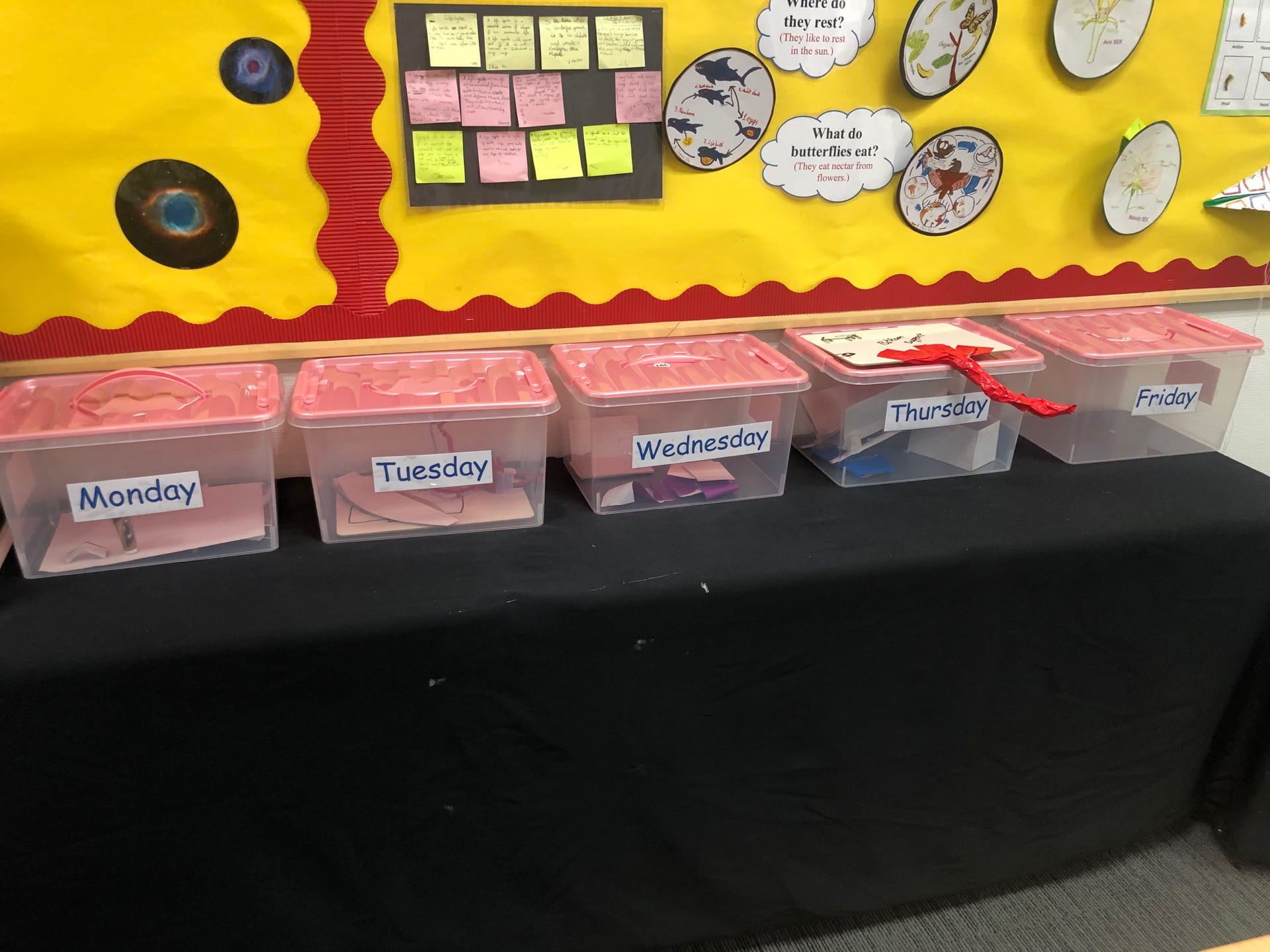 I started by listening to podcasts (there’s a great one by @CultofPedagogy), reading blogs, and drooling over the fantastic Makerspaces of educators on Twitter. But I couldn’t quite get a sense of where to start and what I would really need. I scoured TeachersPayTeachers for a simple get-started kit and finally found what I needed – materials and posters to jazz up my space (from More Than a Worksheet). I bought tin foil, rubber bands, index cards, pipe cleaners, duct tape (get the coloured kind!), popsicle sticks, cotton balls, and tissue paper. I collected bubble wrap, recycled paper, newspaper, and cardboard.  Finally, I ‘borrowed’ index cards, markers, glue, paper clips, scissors, measuring tapes, and rulers from the front office. It was a perfect start to Makerspace. 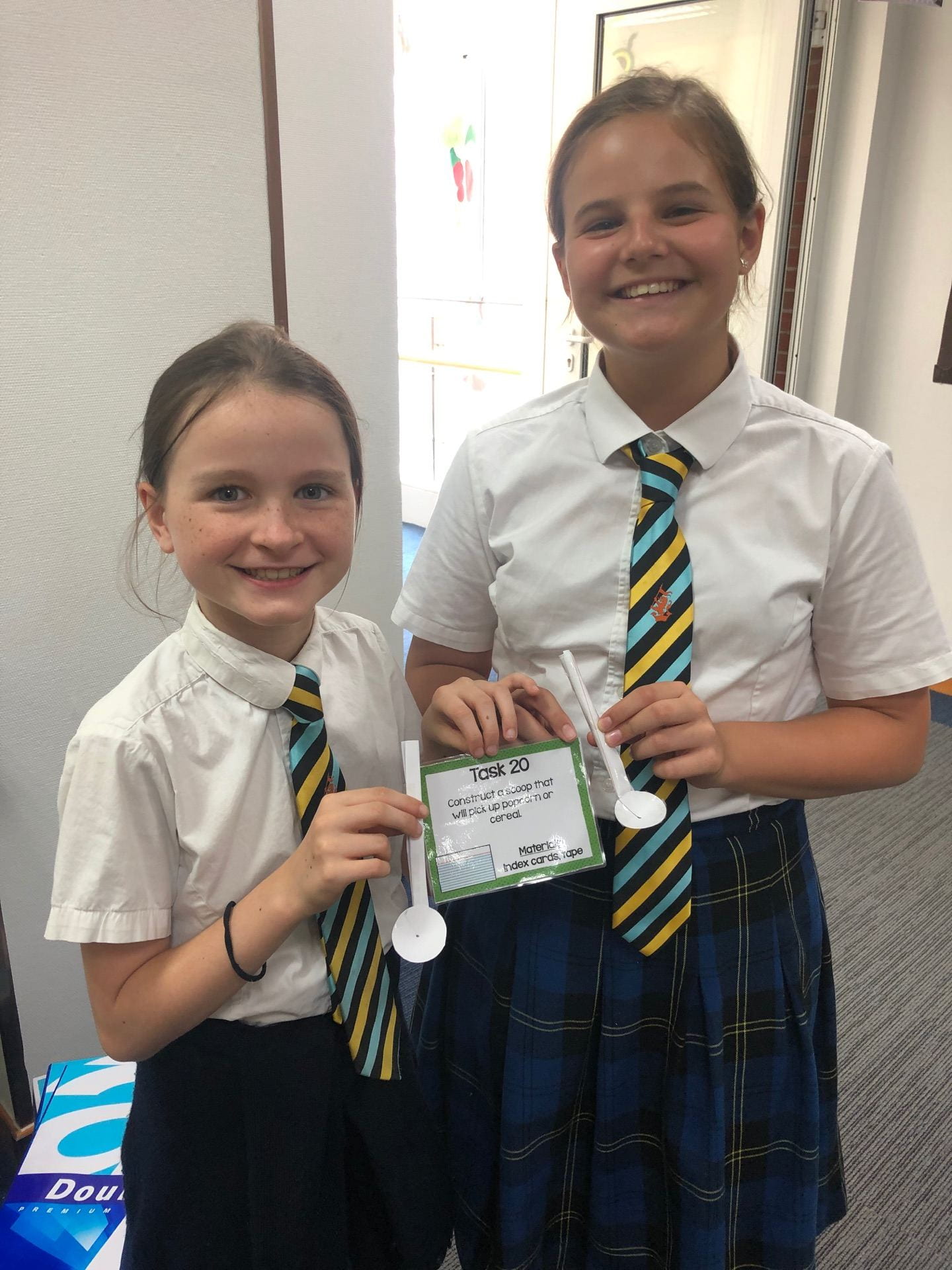 With no dedicated class time for it, I ran it during recess breaks with grade 4 students. I had 30 minutes to get the students in, making, and clean up to go back to class. I didn’t think it would be possible, but having everything organized in drawers and the guidelines clear, it worked well. In the first few sessions, we started by going over the mindset students needed: “I can create original and innovative designs, try my best, use all materials the correct way, work cooperatively, be flexible, and be focused and engaged!” Starting this way helped give the students purpose and meaning to what they were doing. Choosing a task card was next, followed by using whiteboards to design their ideas, showing their designs for approval and off they were to building! It was great because they were able to go through the engineering design process without much difficulty quickly. Our first products were paper spoons and as simple as it was, you could see the joy in their faces. Of course, as a teacher, this gave me my “why” and I was hooked.

Growing Makerspace to Grow the Imagination

It was so successful, I decided to run it as a class for the next school year. But, as the class was with older students, I needed more options for them. I returned to my online research to select some more in depth projects for them. This was a stretch because I had never before ventured into Makerspace. I found some new projects and put together some power points that had links in them, so students could lead their own learning (contact me for copies!). I chose Makey-Makey, electric sewing with the Lily-Pads, 3D printing pens, and K’Nex.  Students were thrilled when they came in the first class to see so many options. At the beginning of each class, they come in and get right to work, choosing either a challenge card or a higher-level project. As we are in a routine now, I spend the class discussing with students one-on-one about how they could best apply their imagination to the materials available to them. Now that the class has run all semester, the school has collected some really positive feedback from the students:

“You basically craft stuff from challenge cards or do a special activity like a 3D Doodler Pen. I love Makerspace because I invent stuff!” (another one for the why column!)

While I am incredibly proud of the work the students have done, you would be surprised how tough it can be for some of them to use their imaginations. I will run the risk of sounding ancient by saying – I don’t know what is the matter with kids these days. Perhaps it’s due to an overload of just being able to “Google it,” so they don’t have to imagine it. Maybe having the answer at their fingertips has stunted their imagination. Thankfully, Makerspace really challenges that because students must use their imagination to solve the problems they are facing, in ways they cannot just Google. I have students who throw their hands in the air and give up seconds after something won’t work. I say to them, “You haven’t figured it out – yet. Use your imagination.” Which for some, isn’t actually that helpful. So guiding them through materials and how they could interact with others is the most significant part of my Makerspace time with students. Open-ended, Socratic based questioning helps the most: “What would happen if…?” “How could you use…?” That type of questioning gets the little hamster in their wheels spinning a little bit quicker. 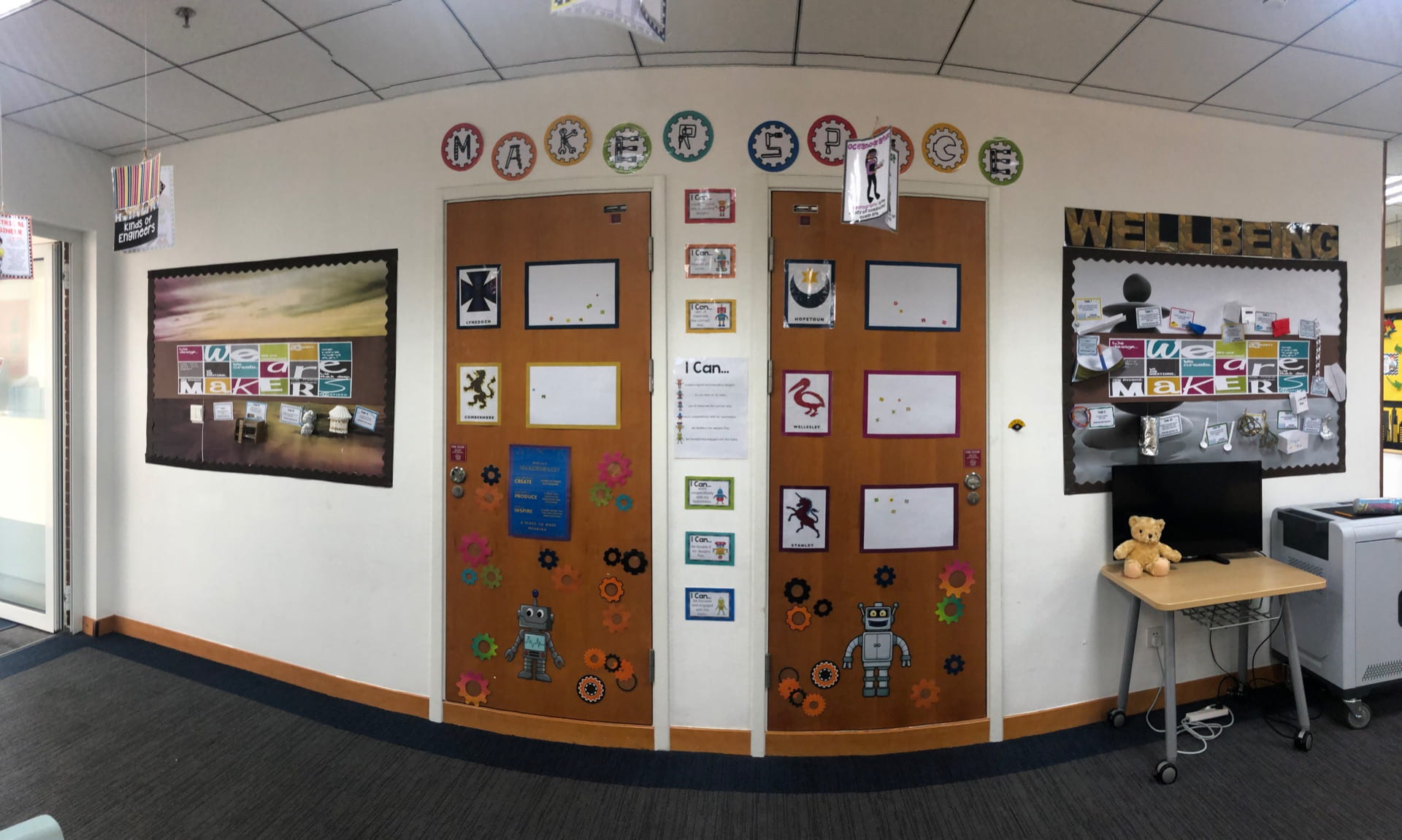 Over time, they have certainly improved in their abilities to problem solve by using their imaginations. They have time to play with materials, try out different applications, and make mistakes. I think this is the most valuable skill they will take away because then they learn about not giving up. That their imaginations should run wild, and they should succumb to those ideas. That they can solve the problem; they only need to give it a chance and be unafraid in the face of failure. In an era that continually seeks perfection, this is an enormous task. But by using their imaginations, they can see taking risks not as a failure, but a stepping stone to becoming a Maker, both in the classroom and in life.