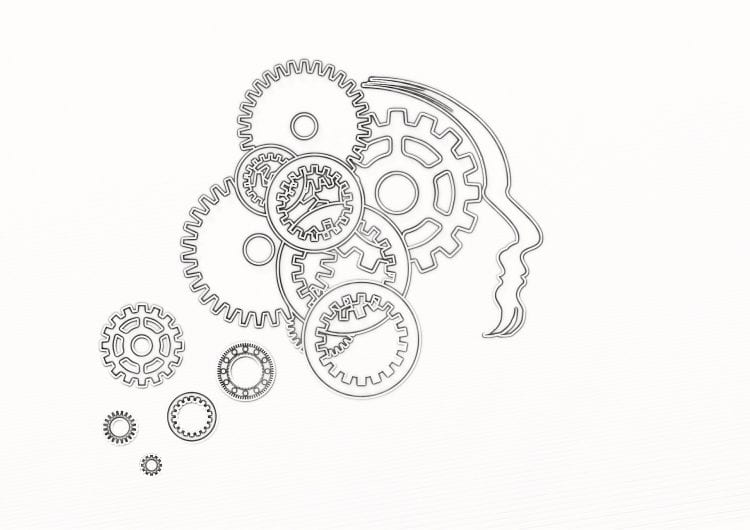 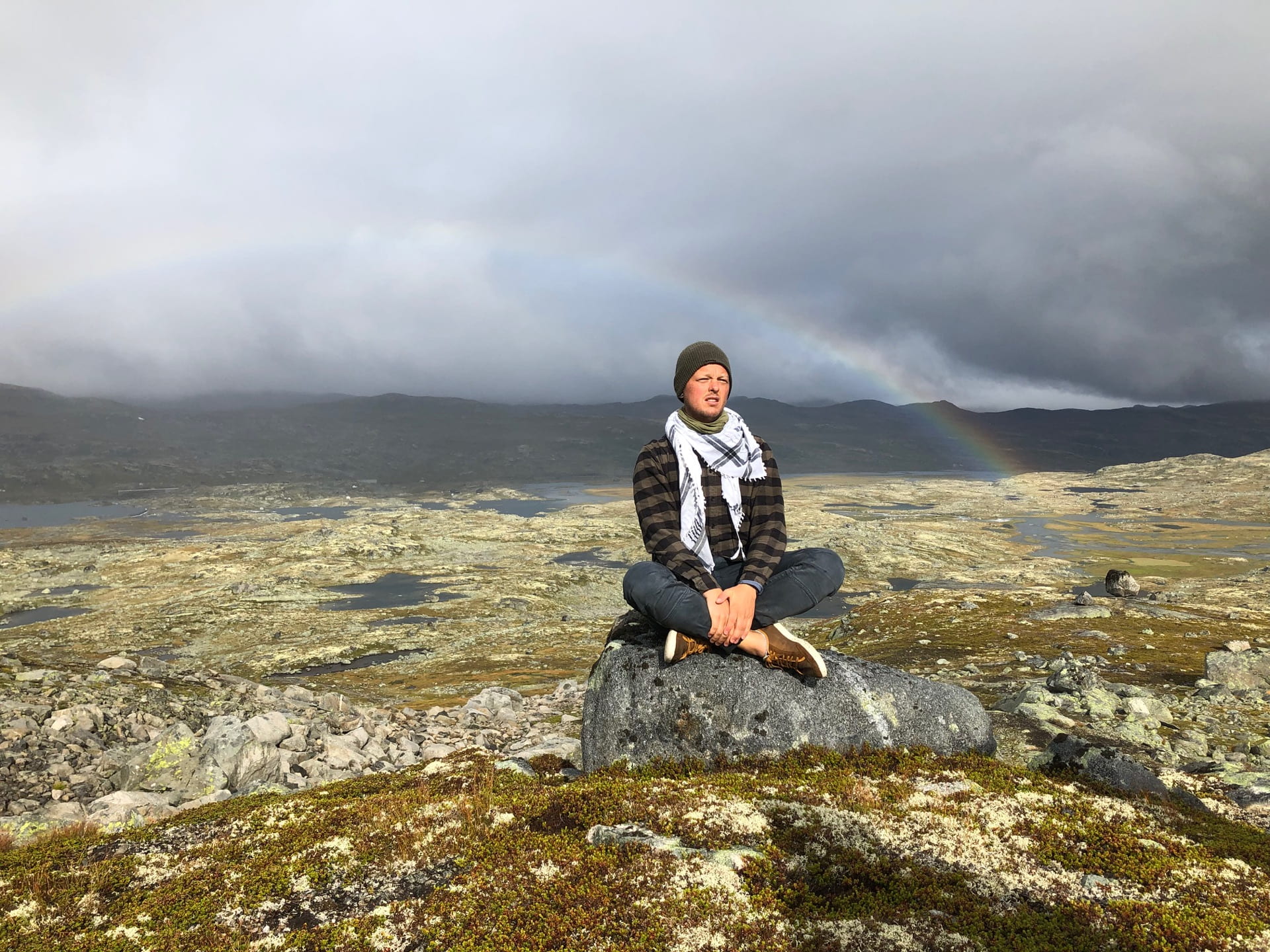 Michael is a teacher on the unceded territories of the Salish peoples, a doctoral candidate, and occasionally a poet. He’s a member of the Academic Council for CIRCE and teaches graduate-level teachers on an Imaginative Education approach to learning. He also likes long walks in the forest.

“Piaget is just a name to me that I memorized in my courses. I don’t care about all those theories. I just care about where the child is at and how to get him to the next stage...”

The off-hand comment from a student-teacher captured by David Jardine in the quote above illustrates—somewhat ironically—the way in which we make sense of students (and the world, for that matter) through the theories we adopt or unconsciously inherit. Piagetan notions of “developmentally appropriate” subject matter and “stages of cognitive development” are so thoroughly ingrained that this ostensibly rebellious student-teacher does not realize he is reinforcing those very theories even as he claims to be beyond their influence. 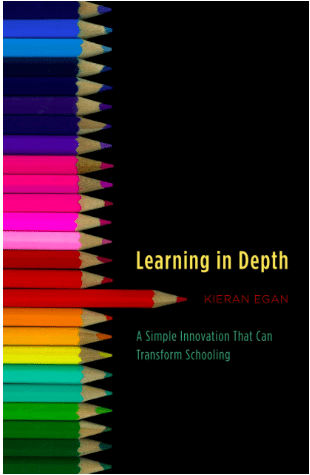 In this month’s post I would like to briefly address the objection that “LiD violates nearly everything we know about young learners” based on some of my own experiences as a teacher, an interview with one of our veteran LiD educators, and, finally, with some of the insights Kieran Egan offers in his book Learning in Depth (2010). Much like our presumably well-intentioned, but ill-thought-out, student-teacher above, critiques of this nature tend to result from a passive internalization of out-of-date educational norms, not current research or the experience of innovative teachers on the ground. Without diving too deep into “the theory,” let’s look at the why LiD purportedly flies in the face of conventional thinking and why a cognitive tool approach provides a better way to make sense of both childhood development and effective teaching.

“Student-Centered” Learning is the Way, Right? 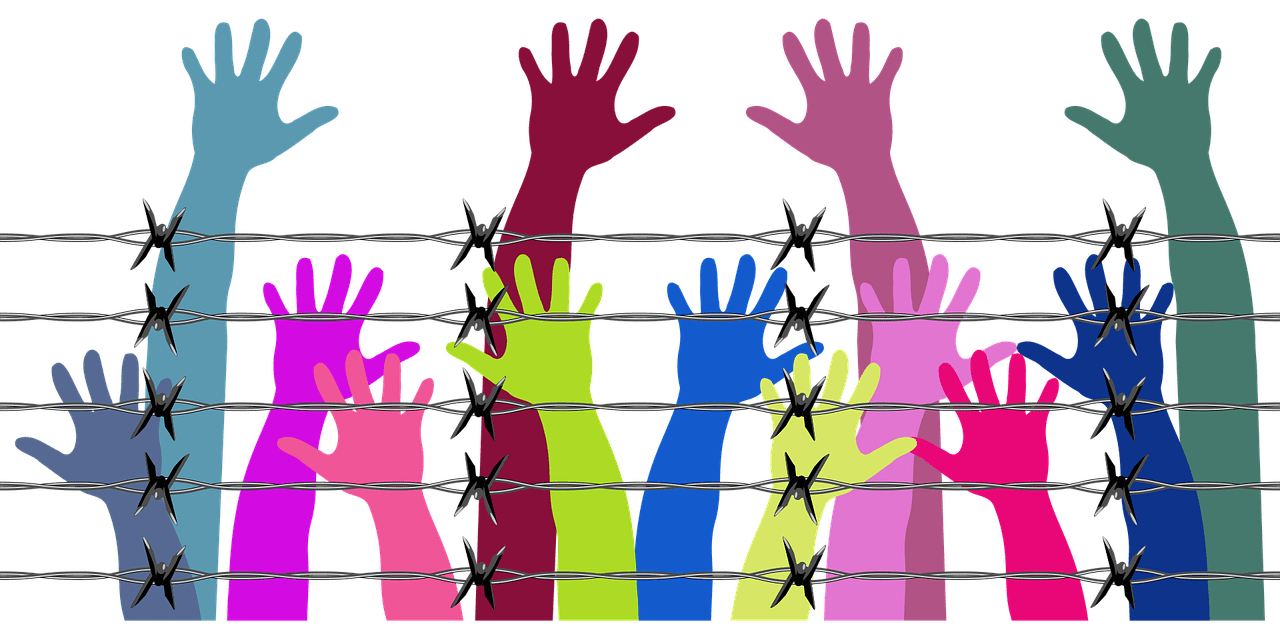 My first job as a teacher was at a specialized school in Burnaby for youth-at-risk with a high population of “criminally entrenched” students. Several students were transported to school everyday from the Burnaby Youth Detention Centre by parole officers and many more were coming up through the foster-care system. It was a tough crowd at times. As a young teacher, fresh out of teacher’s college, I was amped on “student-centered learning” and assumed the secret to breaking through with these marginalized youths was allowing them to select topics that were “concrete,” “real-life,” and of personal relevance to their lived experience.

There is, I believe, still some truth to that sentiment; however, six months into the first year I had something of a crisis-induced revelation after receiving my fifteenth project on “gangs.” It should be noted the projects were not, as one might have hoped, critical of gangs—rather they tended to collect and categorize which gangs were the “realest” and which were “wack,” celebrate “heroic” members (i.e. those with the most sordid criminal histories), and glorify the extremes of gang-life (i.e. “did you know MS13 had ten thousand members at one point?”). Given the background of most students at that school the focus on gangs was understandable—and there is nothing wrong with a project on gangs per se—but the experience provided an early lesson that beginning with topics that are part of “the everyday experience of the student” may not always be best practice. Teachers are routinely taught these days that we need to involve students in planning their learning, that hands-on experiences are best, and that we ought to encourage collaboration wherever possible.

It would seem LiD adheres to none of these principles with its assigned topics, imaginative abstractions, and individual portfolios—what gives?

Engaging with Cognitive Tools: The Roots of LiD

LiD draws on different teaching principles and developmental frameworks than those we tend to receive as conventional wisdom and self-evident at teacher’s college. In short, it makes us think differently about education. Many teachers may recall the name Lev Vygotsky from their childhood development courses, but Piagetan norms still tends to dominate (for more on this see Kieran Egan: Getting It Wrong From the Beginning). The interesting part for me about revisiting the gang project fiasco for me—after completing an MEd in Imaginative Education—is reflecting on how the students were making sense of gangs with the cognitive tools of Romantic Understanding: collecting different gangs with their “stats” (collections and hobbies), the association with “heroic” individuals, and exploring the extremes and limits of reality vis-à-vis the “novelties” of gang life.

Veteran LiD teachers recognize that a cognitive tool approach to learning lies at the heart of any successful LiD project.

Christa Rawling, who has been employing LiD at W.B. Woodward for over 5 years, reiterates the importance of grounding LiD projects in cognitive tools:

“To be clear I use Imaginative Education (IE) and the cognitive tools to generate questions and direct their studies. Just letting students choose their own path does not work. They will become bored. They will flounder. Teachers will get frustrated and bored themselves. It’s the cognitive tools that provoke the engagement they need to study one topic long term. The LiD topic itself is, on some level, ultimately irrelevant.

The reason I started LiD in my classroom was to have my students practice learning explicitly with a cognitive tool approach. LiD time became almost a salon—students discussing what they had found that week, sharing ideas about their own topics, learning about their classmates’ topics. Most of the things they were coming up with I had never heard of before. It can take on a life of its own. Just remember that the tools of IE are what give LiD momentum. Otherwise it is just Genius Hour.” 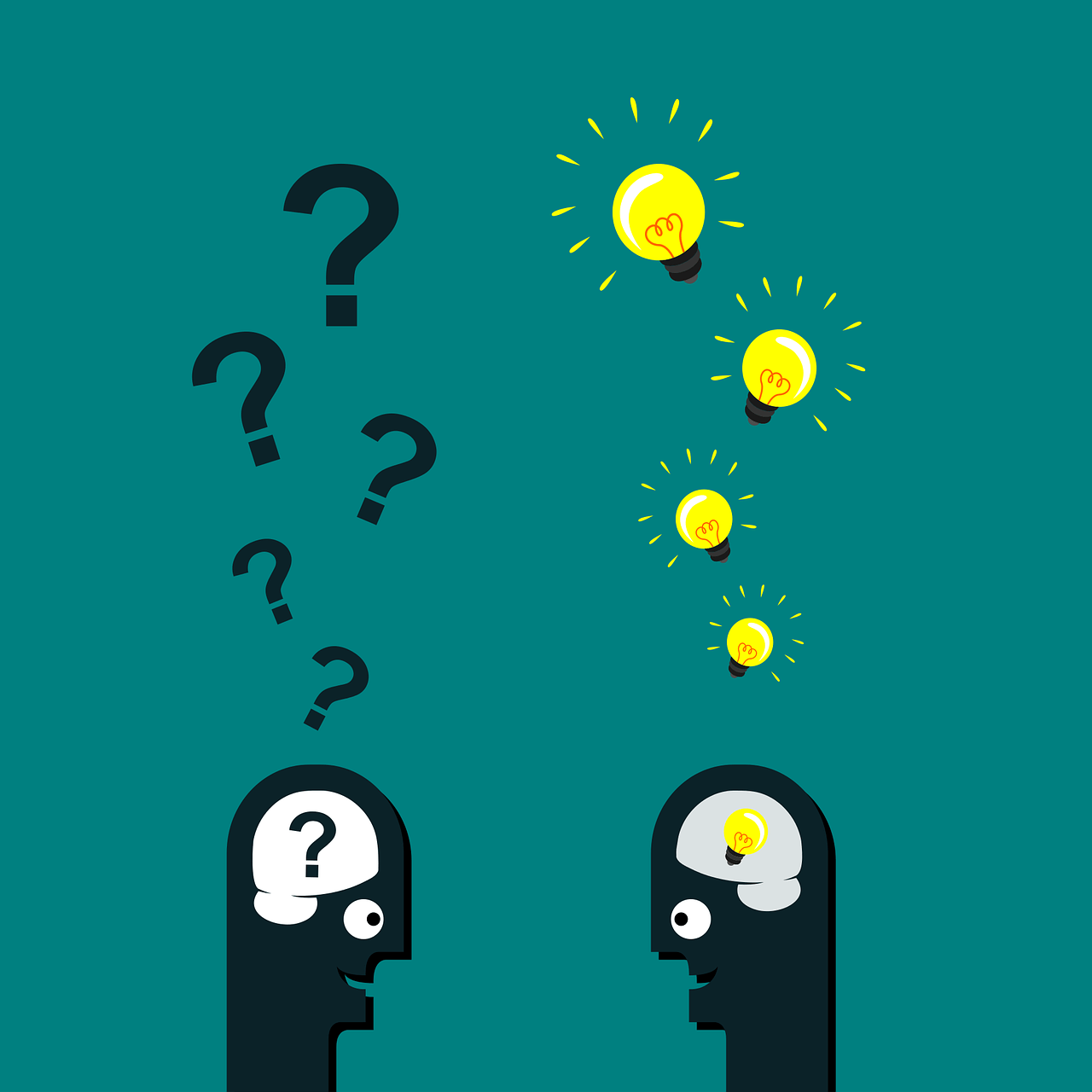 In some sense LiD does violate “everything we know about young learners”—or put differently, it brings into question some of the sacred tenets we have unconsciously inherited and fail to question. But conventional wisdom does not always stand up to the test of lived experience, as Kieran Egan maintains:

“How can one talk with a child for more than ten minutes and conclude they are ‘concrete thinkers’? How can one look at what they become intellectually most excited by and conclude that their minds are somehow constrained by local experience and environments?” (2010, p. 63).

A cognitive tool approach to learning—and a good LiD program—will focus attention on what students find spontaneously engaging at different ages and then try to infer from their engagement more general principles that can be applied when teaching. In this sense, LiD provides an ideal learning environment for both students and teachers to experiment with new methods of teaching and learning.

In next month’s blog I want to address the issue of technology and LiD—with the objection that “the internet will undermine this project”—and discuss some of the “best practices” that veteran LiD teachers are employing to maintain momentum in topics in a highly digital, high distractible world. 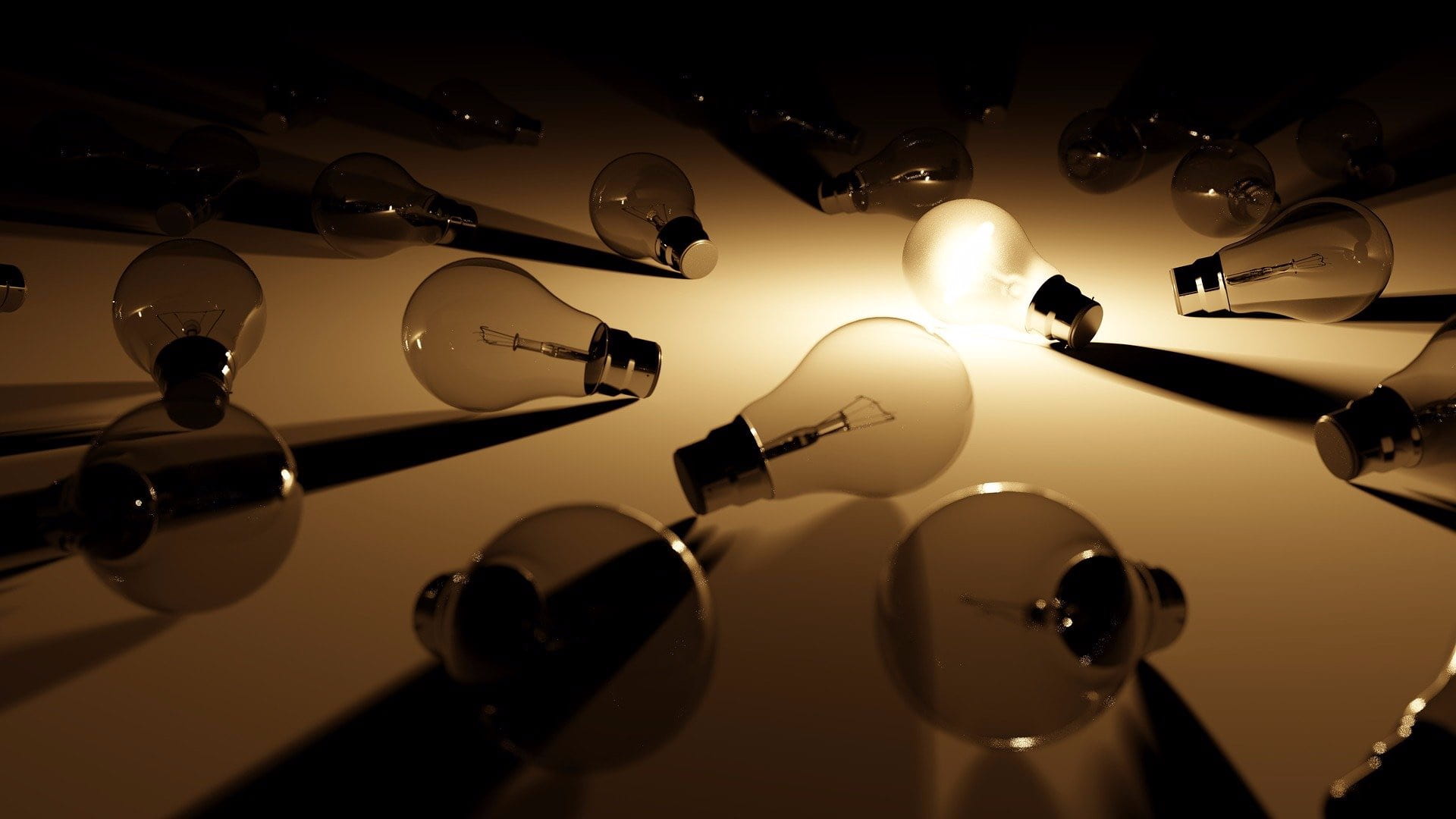 If you enjoyed this post, check out Michael’s first instalment in his Learning in Depth Series titled “Won’t students become bored with their topics? : A Response to LiD Concerns.”

For those teachers interested in deepening their knowledge of a cognitive tool approach to learning see: Imagination and the Engaged Learner (2015) by Kieran Egan and Gillian Judson.