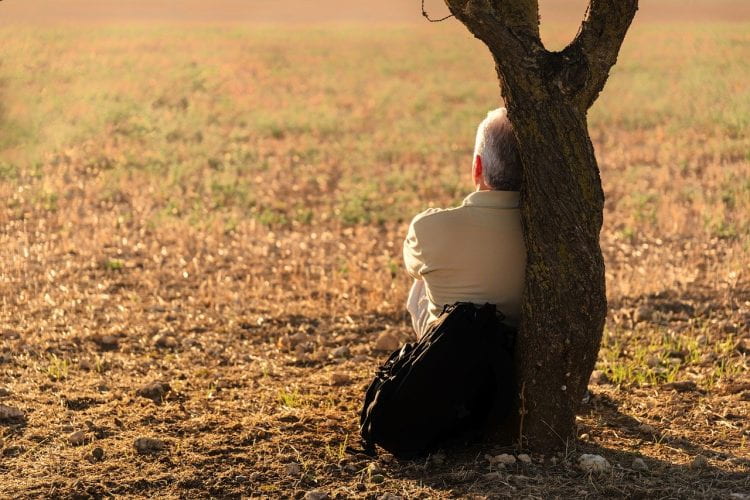 Norman is Emeritus Professor of Higher Education at the University of Surrey, Founder of Lifewide Education and Creative Academic. He has long standing interests in creativity, learning through life and the ecology of learning and is a member of the imaginED community.

This is the second part of a three part narrative. In the first part1 I describe the context for this post and several examples of how I ‘used’ my imagination on the 28th of May 2020. In parts two and three I will try to make sense of my experience using several conceptual tools and draw out what my imagination means to me in my everyday life as a way of highlighting why our education systems need to pay much more attention to the development of human imagination.

From what I have learnt through my life, imagining is a thinking process. I understand it to be the mental capacity that enables me to think, often in a visual way, about things, situations and events that are not actually present – things that I cannot directly perceive through my senses, although I am aware that my imagination can be stimulated by sensory information as I engage in everyday situations. 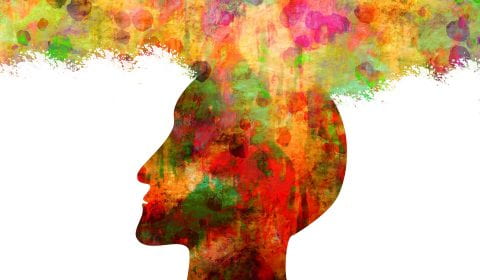 Imagination involves two processes, the formation of images or pictures of something that is not present, for example when you recall a memory of a place, a person or an event, and the ability to change or reconstruct the mental image in novel ways. This may involve turning a static impression into a sort of movie. Imagination and creativity are entangled but they are not the same.

I recently came across an interesting article on the neurobiology of imagination2 in which the way the authors frame the idea of imagination makes perfect sense in the context of my day in the life experience.

“The distinctive feature of imagination… rests on its capacity of creating new mental images by combining and modifying stored perceptual information in novel ways and by inserting this information in a subjective view of the world: hence it is related to [our] self-awareness. In other words, imagination is not simply the organization, identification, and interpretation of sensory information in order to represent and understand the environment but rather a constructive process that builds on a repertoire of images, concepts, and autobiographical memories and leads to the creation (and continuous update) of a personal view of the world, which in turn provides the basis for interpreting future information. Summing up it could be proposed that imagination represents the ability [to] create[e] novel “mental objects” that are shaped by [our] own … inner world”2,p2

Journey to Understanding My Imagination

A few years ago, I read a book by Ann Pendleton-Jullian and John Seely Brown3 (the keynote speakers at the LILA zoom conference mentioned in scene 3 of my narrative), that changed the way I understood the idea of imagination.  They outline a concept they called, ‘pragmatic imagination’ suggesting that imagination works with perception and reasoning to enable us to think about things and situations from many different perspectives including perspectives that have never existed.

It is this productive entanglement of cognitive and psychological processes – perception, reasoning, imagination, beliefs, values and emotions, that enables us to respond in our unique ways to our unique circumstances through the creation of mental images and models about things that only exist in our thoughts. They illustrated their idea through a diagram that provides a powerful visual aid to understanding the complex relationships and dynamics involved in thinking and I have used this on several occasions to try to understand the relationships between thinking and action where creativity is involved4,5. 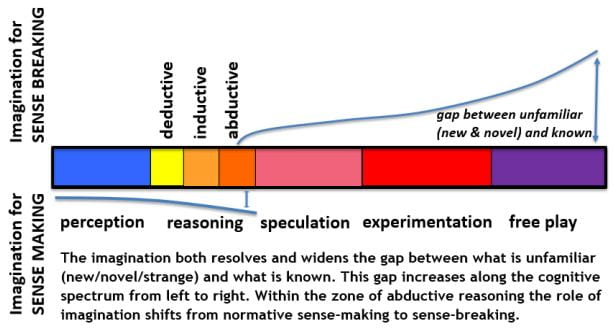 The concept of pragmatic imagination is a tool that can be used to help us think about events and situations that occur in everyday life, like waking up, for example, described in my day in the life narrative. In thinking about my experience of waking up I can see how the dynamic portrayed in the diagram emerged as I became more aware of myself and my life. While simply lying in bed I could draw on memories of past doings and invent visual representations of possible futures to entertain myself and enjoy certain feelings and engage in planning my immediate future and thinking about the everyday problems and situations I had to deal with.

My imagination helped me explore a world that has meaning to me without me being physically involved in the situations I was imagining. When it was integrated with perception and reasoning it enabled me to explore and make sense of possibilities and make decisions about what I might or should do. For example, as I was waking up (scene 1 in my narrative) I imagined the situation in which my daughter is searching for a place to live near where she works. I have been helping her and I used my imagination to put myself in her shoes, so to speak, to visualise the choices she had and see the world through her perspective in order that I could give her more useful advice.

I also used my imagination it to ‘see the possibilities of changing an object by connection’6 namely, the affordance provided by the half dead conifers to transform this neglected patch of garden into a place that is aesthetically more valuable. As I cut the branches I was conscious that I was picturing in my mind how it would look after I had taken the branch away:  I was performing a mental simulation of a future possibility2: a simulation that guided what I actually did. Looking back on this act I sensed my imagination was participating in an act of creative self-expression4 as I tried to change the object in ways that were visually more appealing. I could see the difference I was making as I enacted my vision and this feedback made me feel good. This feeling of positivity encouraged me to do more and two days later I built a rockery close to the trees and planted some small juniper bushes to create a mini landscape that was consistent with my image of a Japanese garden.

Finally, in scene 3 of my narrative, I experienced an example of using my imagination to explore and see patterns in information and ideas to reach a sort of synthesis (a novel configuration of ideas) that provided me with questions for further inquiry. This process continued in the production of this artefact – an act of creative self-expression in its own right, and in the productive entanglement of perception, reasoning and imagination that enabled me to see and use the affordance in my story to understand what my imagination means and to share my sense making through this post on the imaginED blog.

Which brings me to the ideas of Paul Ricoeur. In her excellent book, ‘Fostering Imagination in Higher Education,’7 Joy Whitton provides another useful conceptual tool (Figure 2). Drawing on the philosophical work of Paul Ricoeur7, she draws attention to the distinction he makes between reproductive and productive imagination.

“Ricoeur draws a distinction between ‘reproductive’ imagination, which relies on memory and mimesis, and ‘productive’ imagination, which is generative. He asserts there are two main types of reproductive imagination: the first refers to the way we bring common objects or experiences to the ‘mind’s eye’ in the form of an image. The second refers to material representations whose function is to somehow copy or ‘take the place of’ the things they represent (e.g., photographs, portraits, drawings, diagrams, and maps).” 7 citing 8

Reflecting on my narrative I drew on my reproductive imagination as a woke up on May 28th and thought about several things I had to do during the day, soon after this event I sat down at my desk and made a material representation in the form of describing through writing some of the things I had thought. Ricoeur suggests that reproductive forms of imagination tend to be less illuminating in terms of understanding human action, agency, and creativity because they merely reproduce the perceived world. His focus is on ‘productive’ imagination, embodied in inventions like novels and fables – which are not intended to be straightforward descriptions of the world. Hence, they cannot be categorized as correct or incorrect accounts of reality because they imply a consciousness of the fictiveness of the account.7 citing 8

“[Ricoeur] argues that creating a story is an act of semantic innovation. In narrative, the semantic innovation lies in the inventing of another work of recombination and synthesis. The productive imagination ‘grasps together and integrates into one whole and complete story multiple and scattered events, thereby schematizing the intelligible signification attached to the narrative taken as a whole’. ‘To understand the story is to understand how and why the successive episodes led to this conclusion, which, far from being foreseeable, must finally be acceptable, as congruent with the episodes brought together by the story’.” 7 citing 8 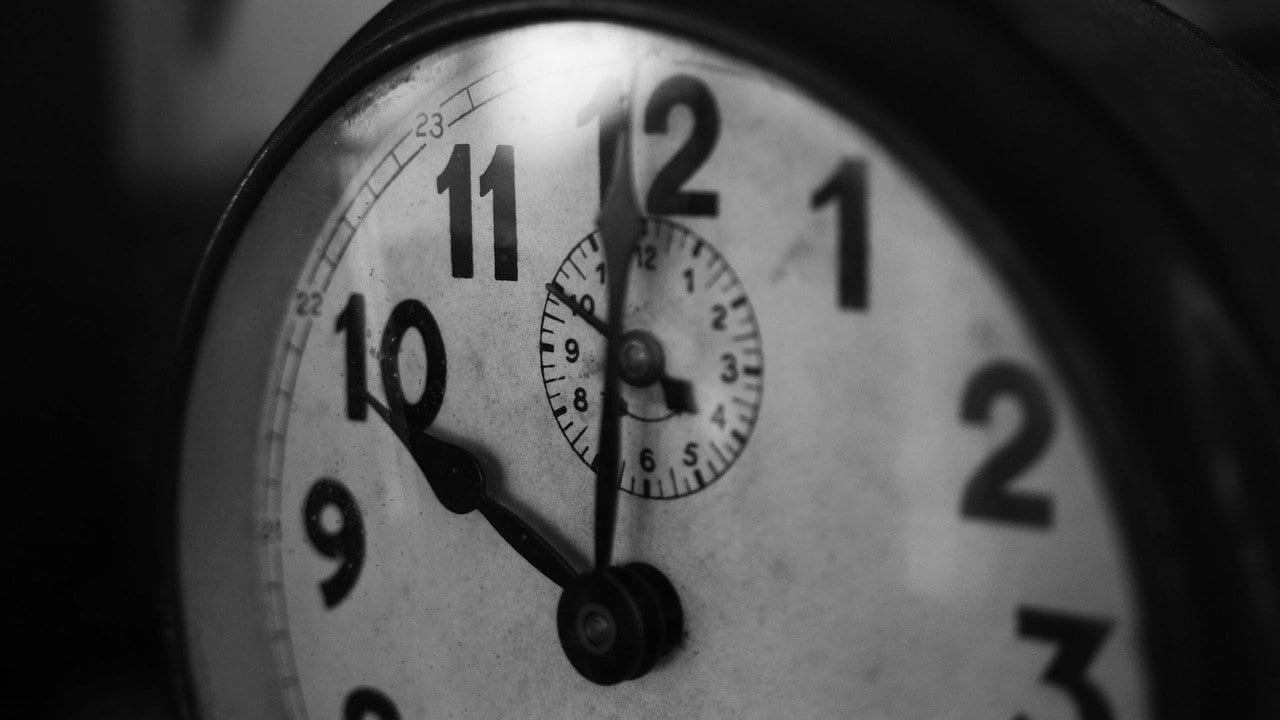 You can read Part 1 of Norman’s post, “A day in the life of my imagination,” here.