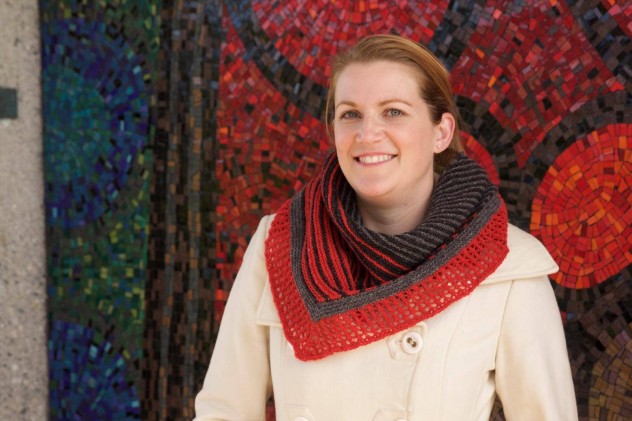 Look around the room.

Which object do you think:

The “Queen of the Giants” lesson is not one I sat down and consciously planned out with cognitive tools in mind. Its potential emerged “in the moment” as part of a larger action research investigation into the benefits of blogging in first grade. At the time my students were blogging daily, primarily on topics of their choice, and blogging time was integrated into our morning Language Arts routine. As my students became proficient at creating blog posts they also became more responsive to assigned topics and I started to integrate directed posting activities into Math and Science lessons as a new way for the students to share their understanding.

During measurement activities I typically place a moratorium on the words “bigger” and “smaller” so that students have to be specific about the characteristic they are comparing and practice using the desired math vocabulary. In first and second grade students are expected to use measurement-specific math vocabulary as they investigate length, distance, surface area, volume, and mass by comparing objects commonly found in the classroom and at home. Sample activities include lining up objects, using string to measure curves, covering surfaces in playing cards, transferring water between containers, and using balance scales.

The culminating activity in this grade one Math Makes Sense measurement unit includes a letter from the fictional “Queen of the Giants,” who requests that students locate the largest objects in their classroom and send them to her for a special display in her castle. The activity reinforces the specific vocabulary introduced throughout the measurement unit as the Queen requests the tallest, longest, and heaviest objects, and objects that hold the most volume and cover the largest area.

The “scavenger hunt” aspect of the activity corresponds well with the structure of our blog posts as students can take photographs of relevant objects and describe their findings. In order to capitalize on the benefits of the provided narrative, I ask students to address their posts to the “Queen of the Giants.”  As an extension of the narrative I respond to each of the students’ posts under the guise of the Queen and thank them for their contributions. The excitement generated by the appearance of the Queen was best captured in an interview with “Alligator” about her blogging experience (students are assigned animal code names for online activity). Though several weeks had passed, Alligator identified “Queen of the Giants” as her favourite post 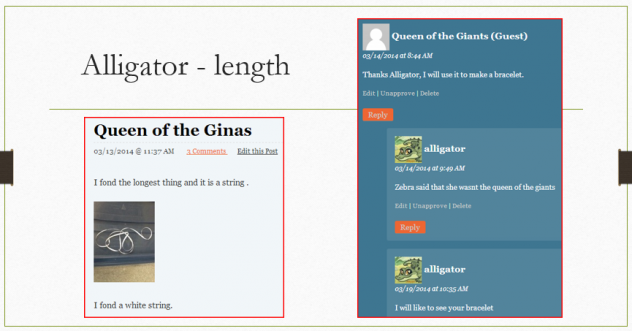 Spelling issues became problematic during the session due to the specific vocabulary required by the assignment. In response I wrote sample sentences on the whiteboard such as “____ is the tallest object” and “____ holds the most.” I observed that these specific instructions stimulated an immediate increase in student productivity. In subsequent lessons, students compared the volume of water that different containers could hold and used balance scales to compare objects by mass. During each session students took photographs of the objects in use and composed blog posts that described their findings. I provided sample sentences for these sessions such as “the ___ holds more/less” and “the ___ is heavier/lighter.” Student engagement was high during these sessions – I observed very little off-task behaviour. 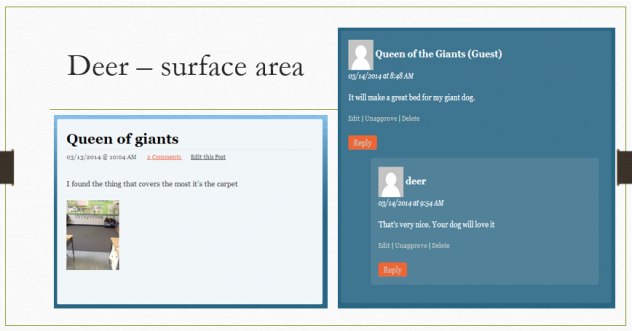 The “Queen of the Giants” unit taps into the power of cognitive tools of oral language:

Emotional significance: Measurement is often employed to determine the usefulness of an object. Will this wrapping paper be enough to cover my gift? Will this tupperware hold our leftovers? Will this new bookshelf fit beside the desk in the office? Story/narrative: the request from the Queen

Dramatic opposition: In measurement we navigate between the binary opposites of useful and not useful to determine the right tool for the job. Students accomplish this task as they select appropriate items for the Queen. Binary: useful/not useful

Sense of Mystery/Puzzles: The scavenger hunt aspect introduces an element of mystery or solving a puzzle.

Games/Drama/Play: Games and drama are present as the students role-play being on a mission for the Queen.

Joking and Humour: The incongruity of how the Queen might use our classroom objects in her day-to-day life adds humour to the task.