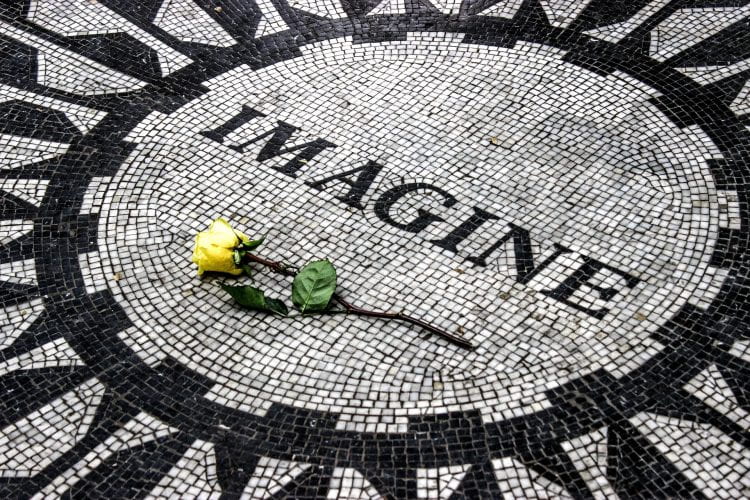 Imagination, like love, manifests in unsuspected ways. The reason why imagination and love are both so powerful is that they are both capable of uniquely shaping our minds. An example of this is in Cold War, the most recent film by Polish filmmaker Pawel Pawlikowski. The film, awarded Best Director by Cannes Festival (2018) and winning three Oscars nominations (best foreign-language film, best cinematography and best director), tells a story about epic love, sustained and enhanced by a soundtrack that awakens distinctive kinds of imagination which engage the human heart and mind. (References here to “kinds of imagination” reflect Dr. Kieran Egan’s work on distinctive shapes of imagination, called Kinds of Understanding in his Imaginative Education approach.)

Now, through an interview conducted  by Hector González with the one and only Pawel Pawlikowski, I invite you to be a part of this movie by carrying out some simple exercises where you can discover how this story, contextualized during the Cold War, relates to you. (Source).

Play the following video before scrolling down:

What did you perceive in the melody you just listened to?

What sensations/feelings were evoked by listening to it?

You just listened to Cold War’s movie soundtrack “Dwa serduszka”. The film is a story about the impossibility of idyllic love. While you were listening, your imagination was operating in a somatic mode. Your body was engaged and your imagination was activated primarily  through your senses, rhythm, musicality, emotional responses, sensations, gestures and intentionality.

In the film, Zula (Joanna Kulig), a young woman with a born talent for singing, is discovered by Wiktor Warski (Tomasz Kot). They start a relationship which transforms from professional to romantic. Within the context of the stalinist Poland of the mid-twentieth century, they must avoid the regime’s repression, but above all, overcome the missteps that prevent them from having a stable relationship.

Could you describe any experience you’ve had related to love by using a metaphor?

Here’s an example: When I met his gaze again after months of not seeing him, I experienced the same feeling that you have when after a long trip, you open your home’s door again.Then, I took a deep breath.

Stories, metaphors, and mental images are some of the characteristics that reveal the imaginative “mode” called mythic. (Read more about Mythic Imagination and what Dr. Kieran Egan calls the Mythic Kind of Understanding here or here).

HG: Cold War is dedicated to your parents, why is that?

PP: They inspired this story day by day. I owe them everything I am in every possible way. They both urged me to be different.

What about you? To whom do you owe who you are now?

Have you ever wondered what made you choose the profession or occupation you have now as an adult?

I believe that the answers to these and to other questions related to the path you’re following in your life reflect, in some ways, an imaginative mode called “romantic”. Our imagination operates in this mode all the time, but is especially vivid when we are teenagers: we vehemently seek inspiration, we seek to grasp some sense of reality which can guide the course of our existence. (Read more about Romantic Imagination and what Dr. Kieran Egan calls the Romantic Kind of Understanding here).

HG: The movie also portrays the excesses of the stalinist and fascist regime of the mid-twentieth century. In this field, the movie lays out a bridge to the present…

PP: More than fascism I speak about stalinism, despite their commonalities. In both cases, the State was trying to meddle and regulate the lives of the governed, by using a marxist-leninist rhetoric, taken to the extreme of repression. I do not know how much they have to do with the governments qualified today as fascists, since now we have people with  careers and with a different rhetorical experience. Nevertheless, it is true that it makes sense for the younger audience to establish a relationship between what happened in those years and the present. I’m not saying it’s not possible, but it is much more difficult today to see the State using music or theatre with doctrinational purposes. Finally, today we have a more democratic situation and pretty much efficient elections. In Poland, for example, no one is arrested because of the music he/she makes nor judged for being sort of critical.

HG: The movie tells a story about romantic love in a literary sense, that is, sublimated.

PP: Love is complicated. We like to think about it and to feel it in its absolute terms, when in reality it is quite relative. The where and when is determining in each case. Love is an inexhaustible sentiment, but which is constantly changing. If we are capable of understanding it and we are aware of its changes, we could live a true, wonderful and moving love story. That is something I wanted to talk about. Of course there are good and tragical moments. In the end it all depends on how you see things.

No matter your answer, if you managed to imagine your perspective by making a reflexive way of thinking emerge, it’s highly likeable that you activated the imaginative mode called ironic or carefree. (Read more about Ironic Imagination and how Dr. Kieran Egan conceptualizes irony here).

The testimonies of Pawel Pawilikowski are excerpts of the interview: Love in times of stalinism by Hector González for the cultural segment of Confabulario/ El Universal.