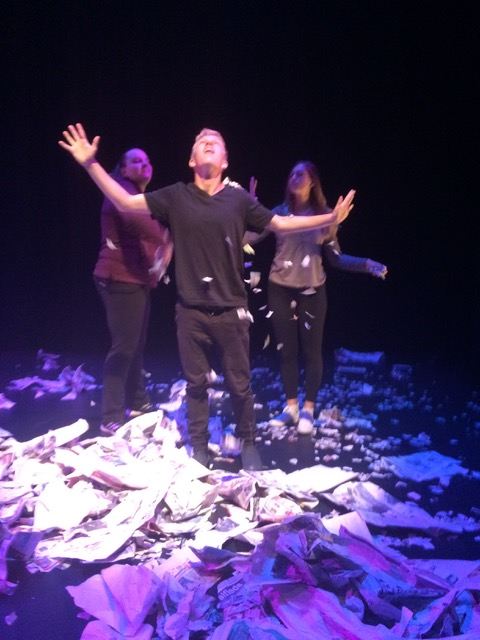 Centre stage was a mound of 100s of sheets of crumpled newspaper, and as the lights faded to indicate the show was beginning, the mound began to move. Creeping sounds filled the space and performers created a live soundscape of the forest floor.

I am a super passionate theatre practitioner and am stoked by diving into the unknown. In 2017 I had an amazing experience leading a unique pilot project called Theatre Makers: Creation Workshop, an 8-week intensive youth workshop series that alternated between Surrey Civic Theatre, Shadbolt Centre for the Arts in Burnaby, and the Push International Performing Arts Festival (PuSh) headquarters in Vancouver. Fourteen youth participated in a theatre process that led to the creation of an original show called Tales of the Grove. We used ‘adaptation’ and ‘trees’ as the springboard for inspiration. Participants worked with performing arts professionals, including myself, across a variety of disciplines – theatre, music, spoken word, lighting and production design. The creative process in making this show involved using physical theatre devising techniques, daily practice and ensemble collective mentality. It was a crazy journey that started with PuSh asking me to lead a group of youth from Burnaby, Vancouver and Surrey that were interested in devising a show.

That’s it. No other guidelines.

Of course, I leapt at the opportunity. I live for creative experiences like this. At the time I was interested in communication and in particular how our environment actually communicates with humans. This lead me to a great book The Hidden Life of Trees – What They Feel, How They Communicate: Discoveries from a Secret World written by German forester Peter Wohlleben. I began conjuring a way to make this into a show. I began by pitching the idea of creating an original show to the group of 14 youth and they reluctantly came onboard. But their hesitation was short-lived. 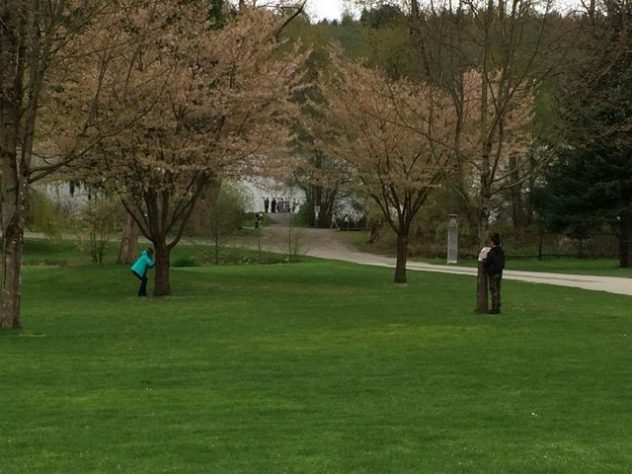 By the end of our first day together, I had the young artists riveted to the idea of creating a show that would have us imagine we were trees communicating to the masses.  Tales from the Grove was an amazing example of the creative spirit and how just a seed of an idea can grow into a massively cool undertaking. I used many physical theatre devising techniques (such as strength and stamina development; physical and special awareness; techniques for neutrality, stillness and movement; physicalizing content into gesture and action – exercises inspired by UK’s Frantic Assembly) that pulled students into a conceptual and abstract world of trees and roots. We personified trees. We imagined how they might become people and what would they say and why?

Far from an ‘environment save the earth piece’, Tales of the Grove actually revealed hidden stories of the young performers. 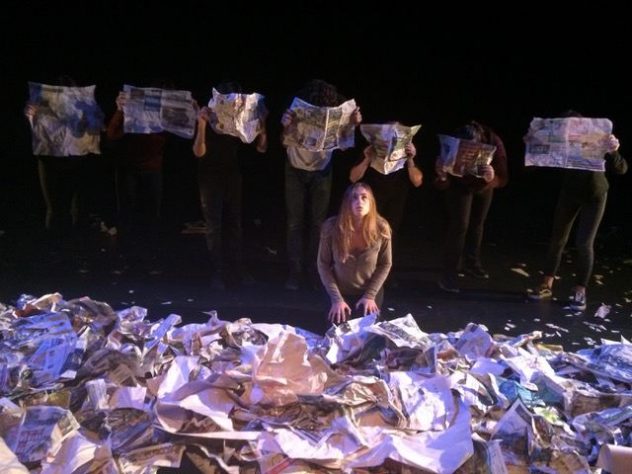 Through abstract imagery and an avant-garde presentation, they were able to detach from traditional narrative and embark on a more sensorial show. Recorded Music, Live soundscapes, movement and spoken word text were the modes in which we told stories. Each week, I lead the process based on what had presenting itself the week earlier.
We only had 8-weeks, so the process was truly fast and furious. Each week we also had a different professional artist lead workshops on other performing arts practices which included: lighting design (Jonathan Ryder– TD at Bard on the Beach), voice/sound (Elliot Vaughan– musician), found-sound experimentation (Joel DeStefano– Musician), dramaturgy (James Fagan Tait– Director, Playwright), spoken word (Dia Davina) and “conceptual” set design (Robert Leveroos). These artists supported and stimulated the young artists to not only create a unique show but present a full realized professional show. It was presented as part of the 2017/18 Theatre Season at the Shadbolt Centre’s Studio Theatre. This show had a very visceral feel to it and the audience were engaged right from the moment they entered the theatre. 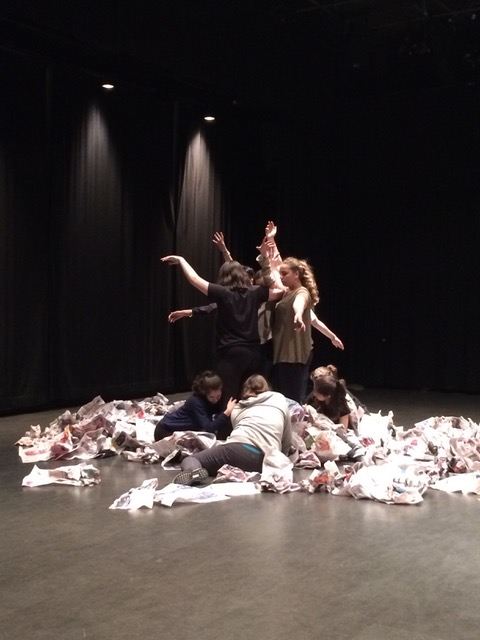 Centre stage was a mound of 100s of sheets of crumpled newspaper, and as the lights faded to indicate the show was beginning, the mound began to move. Creeping sounds filled the space and performers created a live soundscape of the forest floor. The mound grew and began to reveal a performer inside, growing into a tree. Fellow performers were drawn to the tree and attached themselves creating an even larger tree. From here the live tree grabbed a passing performer and ‘ingests’ them and them spits them out! And now our pageant riffs from solo pieces to more ensemble pieces. (The titles for some these pieces came from chapters in the book.) We effectively deconstructed the book and re-created an organic piece. I’ve included a few photos which reveal the ephemeral quality of the show. Interestingly a few of the performers are now taking theatre at post-secondary institution and have credited this experience as one that nailed it for them to move forward with theatre. Love that!!

Susan Bertoia is a Vancouver based professional theatre artist/devisor, actor, director and teacher. Her work explores poetic and pedestrian moments while her artistic leadership has been described as engaging, encouraging and disarming. She holds a BFA in Theatre from UBC and is passionate about all things do with masks, commedia dell’arte and physical theatre. She’s super curious about all things in motion and walks just about where ever and whenever she can. http://susanbertoia.ca

3 thoughts on “Curiosity Sprung From Trees: Tales Of The Grove”