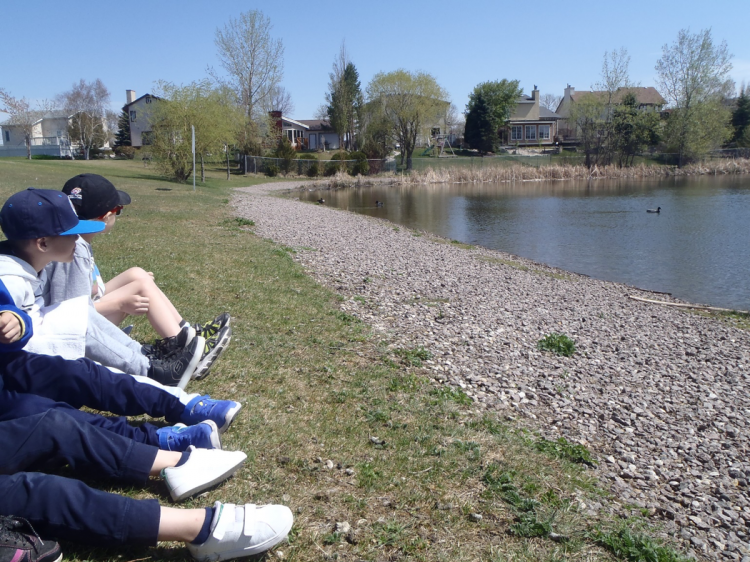 Sit Spots at the Pond

It is amazing what happens when you sit still and listen. Today we decided to take a mindful minute out at the pond. We found a spot to sit and agreed to be as peaceful and calm as we could be for 2 full minutes. We watched and listened to what was going on around us. It was pretty amazing to see how close the wild birds came to us when we just sat quietly. After our 2 minutes, we did some sharing.

There was a lot of action at the corner of the pond where the cattails are. It was easy to see the blackbirds with a flash of red on their wings moving back and forth through the reeds. We could also hear their unique song.

“I know where all the red-winged blackbirds live now! There were so many of them at the corner of the pond. I counted like 5 of them.” Danica

“I think the ducks were washing each other. Maybe they were fighting. The boy was pushing the girl duck under water.” Arjun

During our sit, two other mallards made their way over to the first pair of ducks. One of them was quacking loudly as he approached. Suddenly, both of the new mallards rushed at the couple. They flapped their wings and appeared to be ready to fight. Then they all flew away.

“There were 3 mallards and only one girl duck. They got in a fight I think – shaking their wings and quacking!” Benjamin

“It’s like he was saying, “That is my girlfriend. GO AWAY!” Kyle

“Yes. I think they were fighting about her. There wasn’t enough girl ducks and they all want to get eggs.” Niko (chuckling)

A large bird flew directly in front of us, over the pond. It seemed to be chasing a flock of smaller songbirds.

“I think that a bird of prey was chasing the little birds, ‘cause they were all flying away and the big bird was swooping down. He kind of looked like a seagull but maybe he is a bird of prey. He was kind of far away so I’m not sure.” Logan

Kai and the Sandpipers 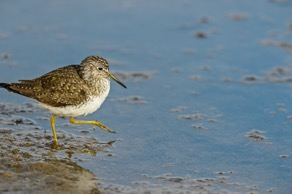 Today we saw some new birds at the pond. At first we didn’t know what they were. Kai knew. “Those are called sandpipers. I have seen them a lot before. I spend a lot of time in the country and by the water. I know that’s a sandpiper because of the long beak and their long legs and how fast they move by the water. That’s what sandpipers look like.”

“Yeah, but with longer beaks.” Ryden

“They were a bit chubby too.” Addison

The Sandpiperswere poking their beaks in the water as they stood at the edge. We think they were eating. But we don’t know what they eat. Fish? Minnows? Water plants? 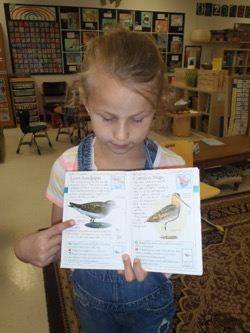 We did some research to find out what they like to eat. We have a great bird book called Kids’ Field Guides: Birds of North America. We found Sandpipers on page 50.

Sandpipers like to eat insects, water bugs and larva and snails. They find their food at the edge of the water.

Get resources for Imaginative Ecological Education and learn more about the Walking Curriculum here, on imaginED!

4 thoughts on “We Walk: Reflections On Student Learning And Engagement”